The remains of Tafawa Balewa's last surviving wife who passed away recently, has been buried in Bauchi. 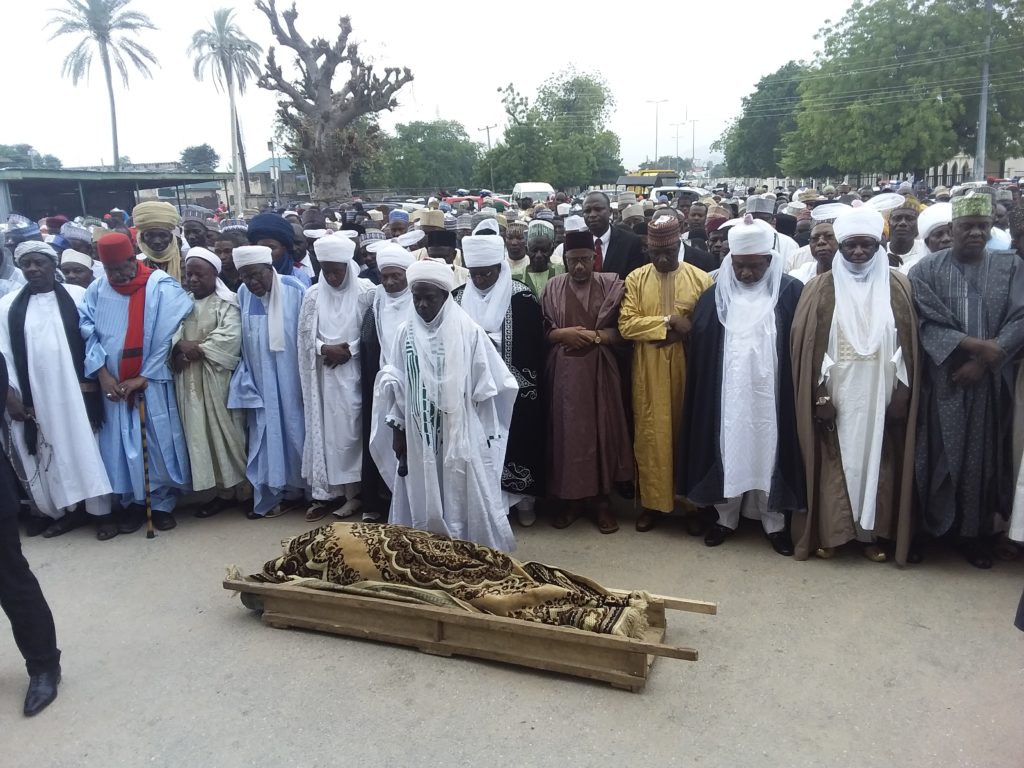 Jummai has been buried

The remains of Hajiya Jummai Abubakar, wife to Nigeria’s first Prime Minister, Sir Abubakar Tafawa Balewa, has been buried on Monday at the Bauchi Central Cemetery in Bauchi State.

The News Agency of Nigeria (NAN) reports that the funeral prayers, presided by the Chief Imam of Bauchi Central Mosque, Mallam Bala Baba-Inna, took place at exactly 2.15 p.m at the Palace of the Emir of Bauchi with Governor Bala Mohammed of Bauchi state and other dignitaries in attendance.

Jummai passed away at a Lagos hospital on Sunday at 4 p.m after a protracted illness.

She was aged 85, and left behind eight children and many grandchildren.