The Igbo apex socio-cultural organisation, Ohanaeze Ndigbo Worldwide, has dissociated itself from a statement credited to the body, calling for the renaming of Nigeria. 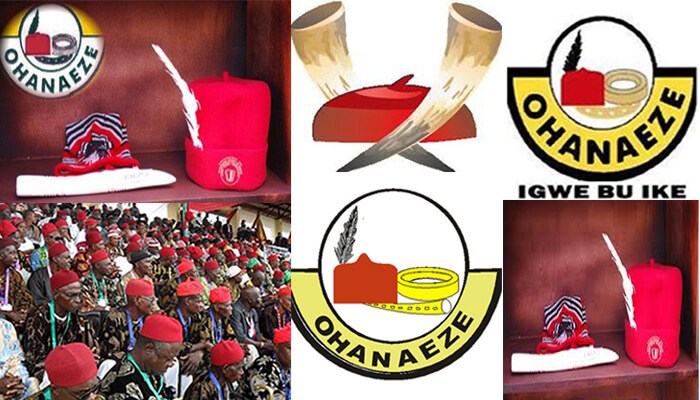 The Igbo apex socio-cultural organisation, Ohanaeze Ndigbo Worldwide, has dissociated itself from a  statement credited to the body, calling for  the renaming of Nigeria.

The Deputy National Publicity Secretary of the group,  Chuks Ibegbu,  in a statement earlier on Monday,  said   the name of the country  should be  changed  as it connoted “lack of progress, corruption and darkness”.

Ibegbu noted that,  “Nigeria was given to us by a lover of Lord Lugard who later became his wife and was given at the heat of passion”.

He added, “Many countries in Africa, Asia, and even Europe changed their colonial names after independence but we foolishly stuck to the name with all its attendant minuses.”

“I challenge Nigerians to have an immediate conference where different indigenous names could be agreed upon as the new name of this country.”

Ibegbu  said “unless we change our name, our numerous problems may have no solutions because there is something in a name”.

The Ohanaeze chief also called on Yoruba  leaders to decide on the controversy over the name Yoruba.

He said, “Although the name Igbo was not given to us by anybody, if any day we find out any question mark on it we shall change it. We are not Ibo but Igbo and Ndigbo.”

But the President-General of Ohanaeze Ndigbo, Chief John  Nwodo,  said they  never authorised the statement, saying  it didn’t represent the position of the  body.

Nwodo, who spoke to The PUNCH on the telephone, said  Ibegbu had been queried and banned from issuing any further statements on behalf of the group.

The ex-Minister of Information and Culture said, “Ibegbu is on his own. Ohanaeze Ndigbo never authorised the statement and a such does not represent the position of Ohanaeze.

“His statement is outrageous, hence he is banned from issuing a statement on behalf of Ohanaeze Ndigbo without authorisation. He also has been issued a query on the statement.”