According to the Federal Government, the passenger traffic on the Abuja-Kaduna rail service has risen to 3,700 daily from its carrying capacity of 1,000 people. 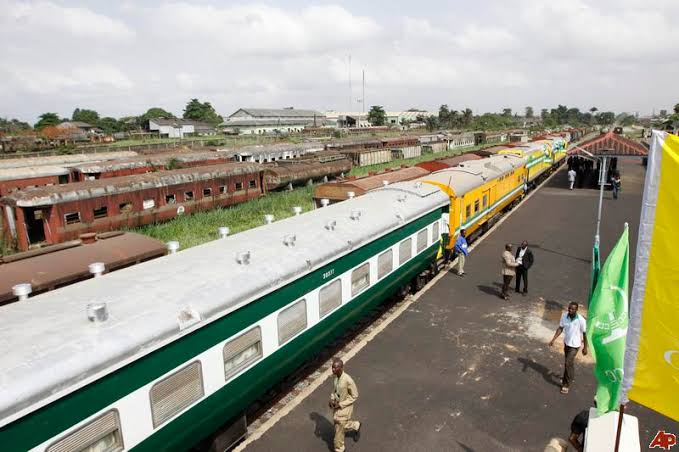 The unbearable insecurity on the Abuja-Kaduna road has forced thousands of passengers to start using the train and has raised the passenger volume on the railway by 270 per cent.

According to the Federal Government, the passenger traffic on the Abuja-Kaduna rail service has risen to 3,700 daily from its carrying capacity of 1,000 people.

The government also announced plans to commence a trial run of trains on the Lagos-Ibadan railway service in December and would be providing free rides to passengers.

The minister noted that the high passenger volume on the route was why thousands of passengers were often found standing on the coaches while travelling, but noted that more coaches would soon be added on the route.

Amaechi said, “The reason why we allowed standing on the Abuja-Kaduna train is the insecurity that has made it unbearable to insist on sitting.

“But once we get the next 10 coaches we are sending to Abuja-Kaduna, the situation where passengers stand inside our coaches will be reduced. Although it will not solve the problem of the 3,700 passengers, at least it will reduce the number of those who stand.”

He added, “The actual number of passengers that the service can take for the sitting capacity is about 1,000 plus, but we are carrying 3,700 people daily. So if you add 10 coaches of 84 passengers per coach, you will know that we are under pressure. We know that when the coaches come and we make it more regular the pressure will be reduced.”

Amaechi also noted that on November 8, 2019, the Federal Government would lay the foundation for the Kajola factory in Ogun State where locomotives, wagons and coaches would be constructed by Chinese firms at no cost to Nigeria.

On the trail run on the new Lagos-Ibadan rail, the minister said, “Our target is to start by November 30 this year, specifically from Ebute-Meta in Lagos to Ibadan in Oyo State.”

He urged the contractor, China Civil Engineering Construction Corporation, to complete the minor stations on the Lagos-Ibadan railway before November 25.

“If I spend sleepless nights to sign approvals for you, I don’t want to hear you use rain as an excuse why you can’t deliver your job as engineers,” the minister told the CCECC officials.

Amaechi said more coaches would be deployed on the Lagos-Ibadan route before Christmas, adding that he would ensure that the free ride would commence during the Yuletide.

“I will struggle to make sure that before Christmas it happens,” he stated.
Top Stories