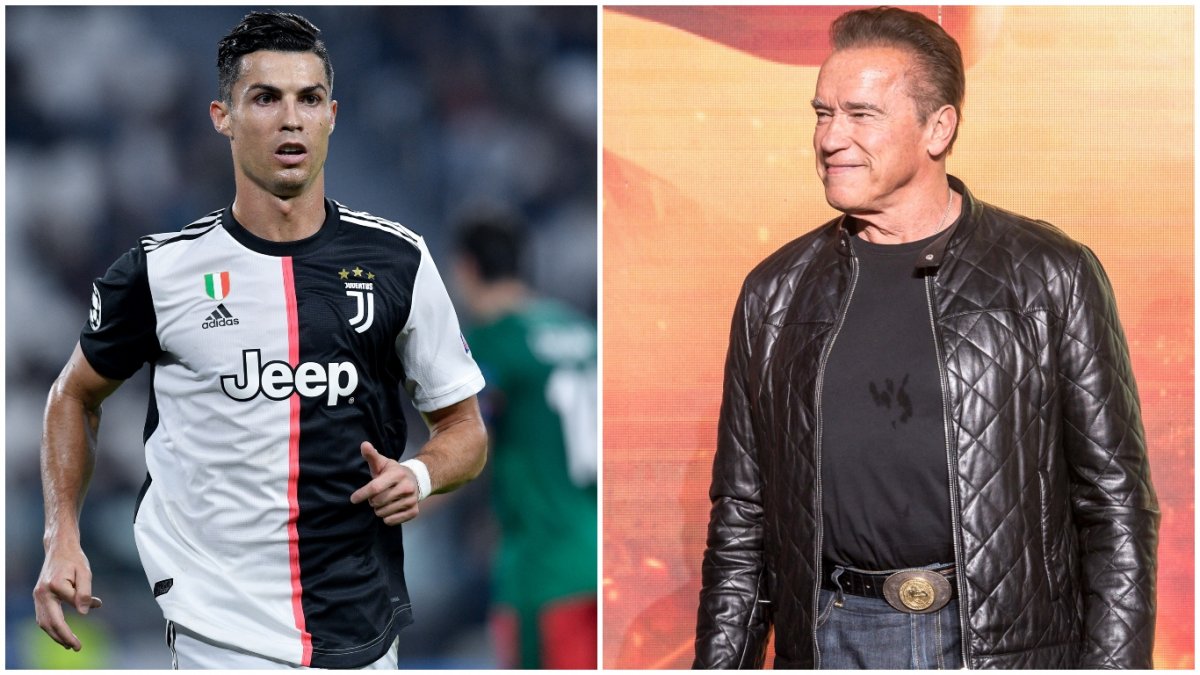 Ronaldo has won five Ballons d’Or and five Champions Leagues along with a number of other major titles for club and country but (aside from CR7) the Portuguese hit-man has never really been given his own special moniker.

But Schwarzenegger – star of the new movie ‘Terminator: Dark Fate’ – has an idea up his sleeve.

“In the NBA we have a guy that actually is called The Terminator,” the 72-year-old told the BBC.

“I don’t think there is any soccer player called The Terminator.

“So why don’t you start one. Ronaldo?

“Yeah, but you have to call him that, so then everyone will pick it up and call him The Terminator.”

Ronaldo became only the sixth player in history to rack up 700 career goals when he netted in Portugal’s EURO 2020 qualifier against Ukraine earlier this month.

And this isn’t the first time Schwarzenegger has expressed admiration for the 34-year-old.

Back in 2013, the Austrian told Spanish radio station COPE: “He has a fantastic physique. He has some great abs, he looks spectacular. He looks to be in great shape, so it is clear he’s a great footballer.”