A pastor has shocked many people after he ordered his church member to smoke marijuana inside church.

Pastor orders member to smoke weed inside church
A Pastor in Ghana, Rev. Obofour has been bashed online for commanding a member of his church to smoke marijuana.
According to reports, Obofour, who is the general overseer of Anointed Palace Chapel gave the order during a three-day programme organised by Abruku Abruka, a colleague to the pastor.
He had asked anyone from the congregation in possession of marijuana to step forward; briefly, after he made the announcement, a man came out with a box which contained a roll of weed. The pastor subsequently directed him to light it and smoke it in front of the congregation.
“Light it, lets see if it’s really a weed,” the pastor instructed. 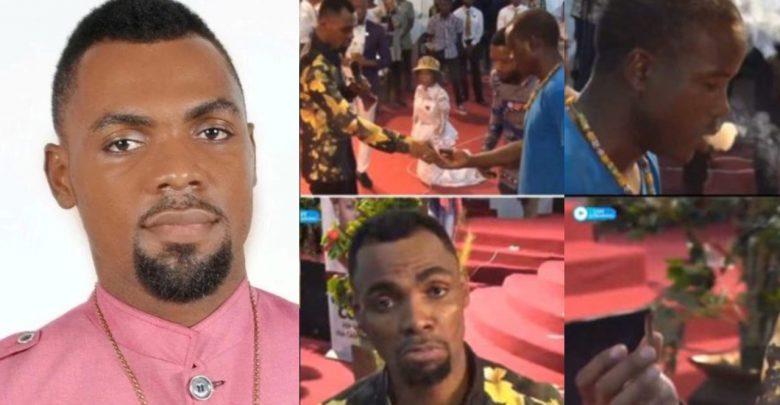 Without any delay, the young man acted as instructed, puffing smokes intermittently. After ascertaining it was indeed a weed, he asked the man to put out the smoke and called him further for deliverance from smoking.
The footage has drawn severe criticisms on social media with many questioning the authenticity of the pastor.
Watch the footage below:
Top Stories