A robber landed in serious trouble after jumping from the roof of a house he went to steal from. 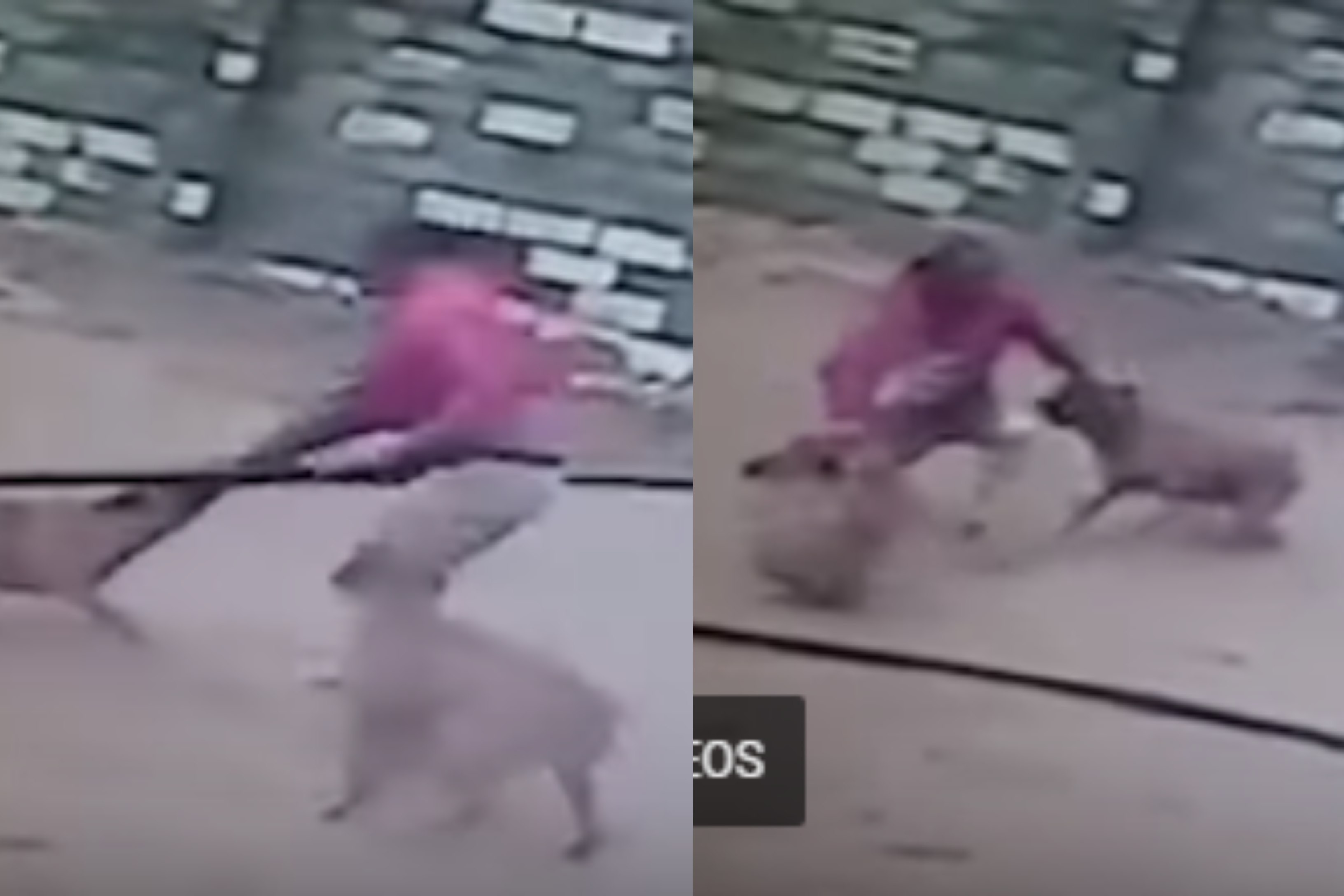 The thief being attacked by dogs
A suspected house robber has been taught the lesson of a life time after being bitten by two dogs.
It was gathered that the thief had jumped down from the roof of a house in Gansbaai community of Western Cape, South Africa where he had gone to steal.
The suspect who reportedly robbed a house in the community at about 11am on Monday October 29, was given a hot chase by neighbourhood watch members.
“They gave chase and the suspect jumped from a roof into premises with two dogs. The dogs attacked the suspect and the owner of the dogs came to the suspect’s rescue and took the dogs away," Police spokesperson Col André Traut said.
The suspected house robber who is expected to appear in Hermanus magistrate’s court on Wednesday October 30, sustained injuries in his arms and legs. He was taken to a medical centre by the police after being arrested and charged with housebreaking and theft.
Here is the video below:
Top Stories