Busted! See The Fake Native Doctor Who Was Caught By EFCC In Oyo (Photos)


A fake native doctor has been nabbed by the Economic and Financial Crimes Commission in Oyo state. 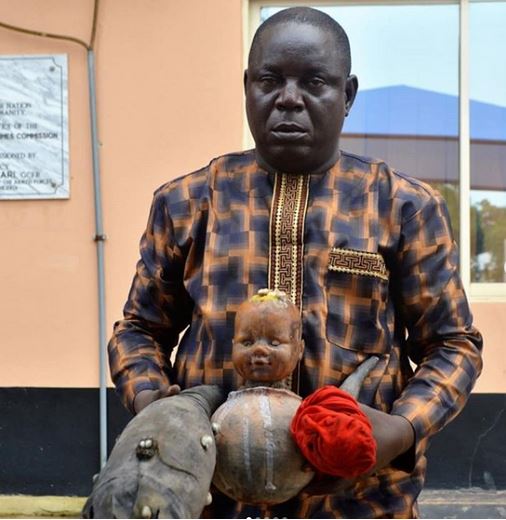 The federal high court in Ibadan, Oyo state, has remanded a “fake” native doctor in prison and ordered forfeiture of his properties.

Fatai Alli, the fake native doctor, was remanded alongside two others, Adigun Olusegun and Olufemi Kolawole, on Tuesday.

Patricia Ajoku, the presiding judge, ordered interim forfeiture of properties traced to Alli as well as freezing of accounts he allegedly used to receive proceeds of crime. 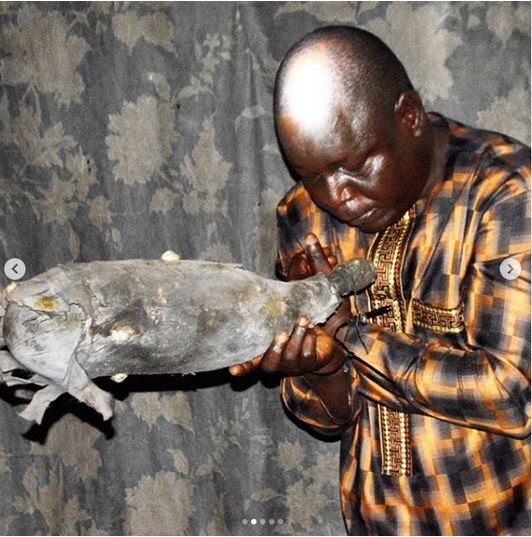 Nigerians on Twitter have reacted to the court ruling. While some users condemned the “herbalist”, others doubted the veracity of the agency’s claim.

A user identified as Skala Wee said the “herbalist” was not different from the common priest as not all prayers manifest.

“Am confused, how do know he is fake? Somebody went there to do juju and it didn’t work? What if a pastor or imam prays for me and i don’t receive whatever it is they prayed for me to have will they be arrested too? No argument o, just curious. If he has good lawyer, he’ll walk,” the tweet read.

Another user said Naira Marley, Nigerian hip hop artiste, already mentioned something similar in one of his songs.

“Naira Marley tell dem but Efcc no believe am,” it read.