A man has engaged a hooker in a serious fight after he refused to pay for s*x in Lagos. 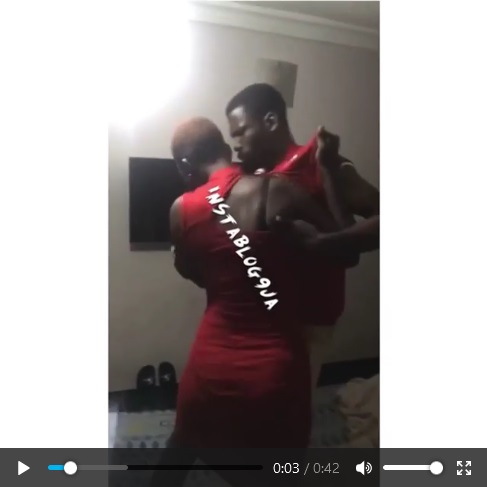 Man and hooker fight in Lagos
A man has engaged a hooker in a fight after refusing to pay for s*x in Lagos state.
The incident which was caught on tape, showed the hooker holding onto the man's dress as she demanded for her money.
The man who couldn't take it, told the hooker to leave him alone. When she refused, a fight ensued between the two.
Watch video below:
Top Stories