The 23-year-old maintained his impressive form in the competition as he helped the Foxes book a quarter-final place. 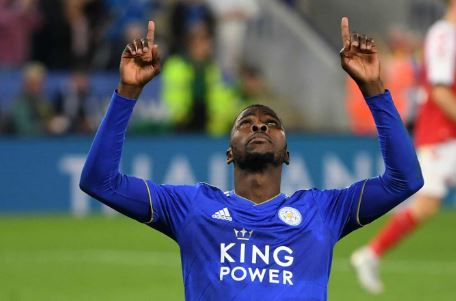 The Nigeria international put his side ahead in the seventh minute before Youri Tielemans and James Maddison completed the triumph against Nigel Clough’s men.

Although Liam Boyce found the net for the hosts, it stood as consolation with Brendan Rodgers’ side qualifying for the next round.

Following Iheanacho’s contribution, he has now been directly involved in nine goals (six goals and three assists) across his 12 EFL Cup appearances for Leicester and Manchester City combined.

Interestingly, his two goals this term have both come in the competition – having found the net against Luton Town in September.

Despite this impressive stat, the Nigerian is enduring a torrid time at the King Power Stadium following his inability to get regular playing time.

With his goal against Burton, Rodgers will be hoping that the former Manchester City man can continue with his goalscoring form as they look to overcome Crystal Palace on Sunday.

They are third in the English top-flight log with 20 points after 10 outings.
Top Stories