Unbelievable! Man Nearly Decapitates Girlfriend's Head During A Fight Then Sleeps Next To Her Dead Body


A man has nearly decapitated his girlfriend's body during a fight before proceeding to sleep next to her dead body. 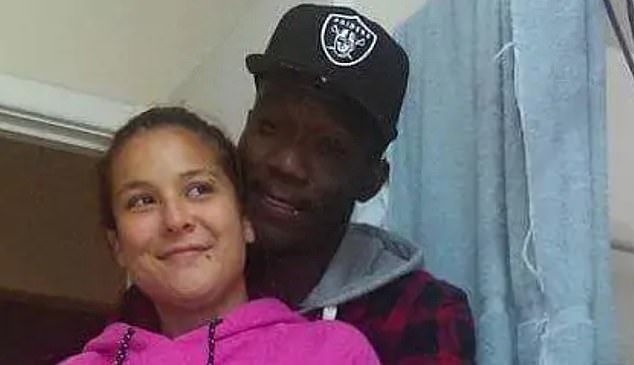 The man killed his girlfiend

A jealous boyfriend who had taken an extraordinary cocktail of alcohol and drugs when when he almost decapitated his girlfriend after an argument about the paternity of their child has been jailed.

Junior Fayiah Carlos, 27, will spend at least 19 years in jail after stabbing his 19-year-old girlfriend Christine D'Cruz 35 times in the neck, head, and upper body in Mandurah, south of Perth, on December 30, 2017.

The pair had been in a two-year relationship, during which time Ms D'Cruz's family reported seeing bruises and injuries appear on her body, reported the ABC.

Two weeks prior to the frenzied knife attack, the mum-of-one had taken out a restraining order against Carlos, but continued seeing him regardless.

On the day of the murder, the West Australian Supreme Court heard on Tuesday an argument between the couple ensued before the father-of-two took a knife from Ms D'Cruz then lost control and started stabbing her.

He went to sleep and her partially decapitated body was later found covered in a blanket in the bathroom.

The court heard he had a 'substance-induced delusional disorder' at the time of the killing.

Justice Joseph McGrath described the attack as a 'spontaneous act of violence' in which Carlos stabbed Ms D'Cruz to the most vulnerable part of her body.

'The stabbing was clearly done with ferocity,' he said.

'The deceased should have felt safe in her home.'

Referring to the three victim impact statements from Ms D'Cruz's family, Justice McGrath said they expressed sorrow that Ms D'Cruz's child would grow up without her mother.

Justice McGrath said Ms D'Cruz's father still looked around for his daughter even though he knew she was dead.

The court heard Carlos had a conviction for attacking a previous partner.

He also had a history of assaulting Ms D'Cruz.

Prosecutor Craig Astill said the pair's daughter had been denied both parents and would one day realise it was Carlos' fault.

He also said Carlos deprived her of achieving her dream of becoming a childcare worker and getting a driver's licence, reported The West.

Mr Astill revealed Ms D'Cruz's death would not have been instantaneous and she would have died knowing the man she loved was responsible for her death.

Justice McGrath accepted Carlos was remorseful, but also noted he was at risk of committing further violence if he did not get treatment in prison.

Carlos, a refugee from Sierra Leone who came to Perth when he was 12, kept his head down during most of the proceedings.

The publication also reported he had a troubled upbringing and started using cannabis and methamphetamine when he was 15.

Justice McGrath said the ferocity of the attack showed an intent to kill.

Outside court, an advocate against domestic violence said Ms D'Cruz's family wanted an inquest into the matter.