'My Five Children Are Out Of School': Onitsha Market Fire Survivor, Others Tell Their Stories


The survivors of the Onitsha market fire have told their sad stories of pain and survival after their tragedy. 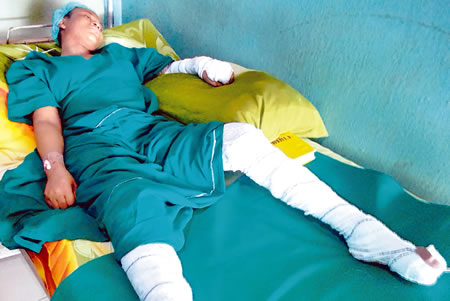 The day must have started like any other day at Ochanja market, the second largest market in Onitsha, Anambra State, as traders arrived to start the day’s business displaying their goods for their customers, some of whom were already around to commence their usual transactions.

The day wore on as usual until it was past midday when the unexpected happened. About 500 metres away, a petrol-laden tanker fell on its side at Upper Iweka axis on the Enugu-Onitsha highway and spilled its content on the main road with a large portion of it finding its way into the open drainage in the entire area and flowing towards Ochanja market.

Being an inflammable liquid content, it was only a matter of time before the petrol would burst into flames, consuming lives and properties running into millions of naira.

Many people would not forget that one of the major casualties of the tragedy was a woman who discovered after the fire broke out that her baby was sleeping in her shop and went in despite the raging fire to rescue the baby. She did not make it back. 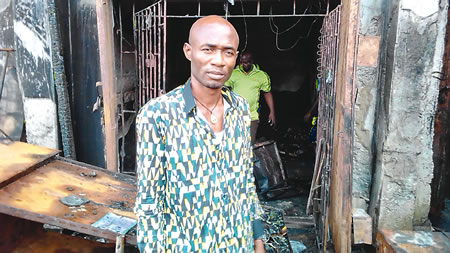 The survivors, some with injuries, are in similar state of mind as of today. They are simply in pains.

One of those survivors with injuries is 38-year-old Mr Anie Orochukwu, a father of five who is on admission at Toronto Hospital, Onitsha. He is currently appealing to Nigerians to pray for his quick recovery for the sake of his children, saying that his five children had stopped going to school because of his inability to do his business which had been destroyed by the fire.

Arochukwu owned a jewellery shop. According to him, the tragic incident occurred when he was inside his shop attending to customers. There was a loud bang and there was noise everywhere as people fled in different directions.

“By the time I came out to see what was happening, I saw fire burning my neighbour›s shop, I then ran back to my shop to pick out my goods worth N800,000, but unfortunately, in the process, I was caught in the fire.

“I’m begging Nigerians to help me so that I can walk again, because as I’m speaking to you now, I cannot raise my two legs because of the injuries caused by the fire. I don›t want my legs to be amputated. I’m a single lady and I’m hoping to get married one day.” 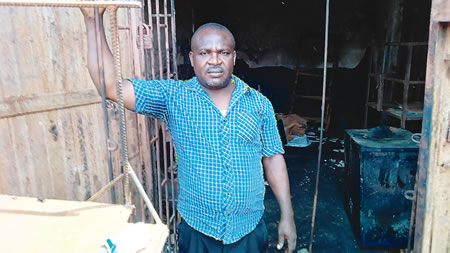 The Manager of Toronto Hospital Limited, Onitsha, Sir Osita who spoke with Sunday Tribune on behalf of the Chief Medical Director, Dr. Emeka Eze, on the conditions of the victims said the patients were recovering gradually.

“In this hospital, we believe in taking care of patients first before other negotiations follow because life is so important to us,” he explained.

At Upper Iweka market, where Sunday Tribune made another visit to assess the situation of the market and how the traders are trying to rebuild their businesses, one Mr. Sunday Okonkwo, who was still in shock due to the debts he claimed to have incurred as a result of the incidebt, said most traders lost their entire stock of goods.

According to him, the fire started from the front of Toronto Hospital along Enugu-Onitsha highway in the city before spreading to the shops in the market. He added that a five-storey building was one of the first casualties, including some shops where inflammable goods were sold, which were also close to the main drainage where the content of the fallen truck was flowing into.

Another victim, Ikechukwu Muohalu told Sunday Tribune that he is currently jobless only two weeks ago, he was engaged full-time with a thriving battery business. With a family to feed and take care of, Muohalu said he had no idea how to continue taking care of his family.

“As you can see, the building has been badly affected by the fire. No casualty was recorded but goods worth millions of naira were destroyed.

“So I am appealing to government, donor agencies and good-spirited individuals in the society to come to our aid so that we can begin our normal lives again.

“In my shop, nothing was recovered. I have different kinds of motor batteries I just purchased in Lagos. Maybe when the remains of the burnt materials are cleared, I will be able to recover some that are still manageable which I can still sell so that I can feed my family until government comes to our aid,” he told Sunday Tribune. 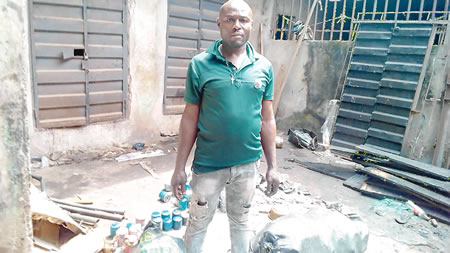 Also, another victim, Mr Obinna Obu, told Sunday Tribune that it would be an uphill task for him to recover from the tragedy, as his business had been crippled and he’s he was deeply in debt.

“I am currently indebted to the tune of N4.2 million worth of goods,” he said, wondering how he would be able to pay back the debt and move ahead with his business.

Meanwhile, moved by the calamity that had befallen his people, the chairman of the traders association in the market, Chief Paul Oliseh, promised to hold a meeting with the traders affected by the incident by the first week of next month on how assistance could be rendered.

He called on the state governor, Chief Willie Obiano and donor agencies across the country including the National Emergency Management Agency (NEMA) to come to the aid of the traders.

They alleged further that fire service men from Asaba even got to the scene before those of the state fire service, while advising the state governor to use the tragedy as an opportunity to put in place more effective fire-fighting equipment and personnel.