What Atiku Can Learn From President Jonathan In Defeat


Politics is like football. It is a game. One side wins and the other side loses. It should not have to be a hara-kiri – 'it is victory or death’. 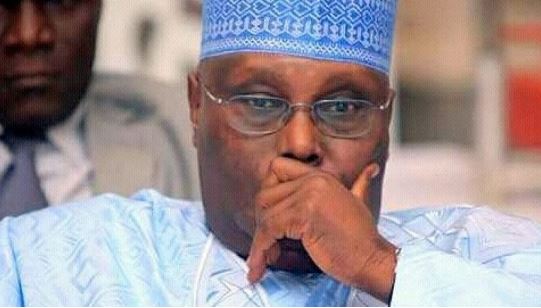 I do not know much about sports, but I know what good sportsmanship is. Diego Maradona, the Argentine football shaman, was a great player, but he is not celebrated as much as Pele of Brazil. One fatal flaw detracts from Maradona’s genius – hubris.

Maradona is known to be a sore loser. He curses, barks and brawls in defeat. As a matter of fact, his ‘’legend’’ is stymied by his repulsive foibles and deportment.

Politics is like football. It is a game. One side wins and the other side loses. It should not have to be a hara-kiri – ‘’it is victory or death’’.

Nigeria has been good to Atiku Abubakar. He has thrived and flourished on the backs of the country. He was a former chief of customs; he was elected governor, and then, he became, perhaps, the most powerful vice-president in Nigeria. Atiku has seen it all, and he has had it all.

I had expected the former vice-president to react to the judgment of the Supreme Court, which dismissed his appeal against President Muhammadu Buhari’s election victory, as a statesman. I was disappointed by his barb.

‘’The Nigerian judiciary, just like every estate of our realm, has been sabotaged and undermined by an overreaching and dictatorial cabal, who have undone almost all the democratic progress the Peoples Democratic Party and its administrations nurtured for sixteen years, up until 2015,” he said.

“Today, the nail has been put on the coffin and the gains we collectively made since 1999 are evaporating, and a requiem is at hand.’’

Really, even if the judiciary has been ‘’sabotaged’’ as he said, Atiku has been a beneficiary of the good, the bad and the ugly in this supposedly flawed institution.

I recall in 2007, the Supreme Court was on the ‘’side’’ of Atiku in his mortal combat with former President Olusegun Obasanjo. The same court that Atiku vilifies today held that Obasanjo cannot declare his seat as vice-president vacant.

We are a nation in dire need of statesmen and not hangmen or agents of disruption. But I must contrast my view on Atiku’s bearings with the fact that Buhari would have said much worse or even done much worse if he had lost at the apex court.

When the president lost the 2011 election, he issued threats which led to an outbreak of violence across the north. I was in Kaduna at that time, and I witnessed the unrest — stoked by a man who has sponged off the country all his adult life.

There is victory in defeat.

President Jonathan conceded the 2015 election to Buhari before the final collation of results was done. He called Buhari to congratulate him on winning the election despite pressure from ‘’devious elves around the throne of power’’ to pervert the will of the people.

Really, no matter how some persons may try to trivialise what Jonathan did, defeat is a bitter pill to swallow. It takes strength of character to concede to another.

I had asked Jonathan if he regretted conceding the election to Buhari. I was gobsmacked by his response.

‘’Let me put it very clearly. If I have the opportunity in a similar circumstance, I will do exactly the same thing. I always say that if you want to take a public office you should be ready to make personal sacrifices. If you are not ready to help people, then you have no business going into politics.

‘’What we should also know is the process of building a society. People die in the process of a building a society. I have no regrets up to this time, no matter the circumstances; I have no regrets because what I did will continue to shape political discussions, not only in Nigeria but across the continent. Some people may not appreciate it, but as we continue to strengthen democracy, people will begin to look at conducts that are acceptable and some that are not. If the little contribution I have made will help to improve our democracy in the country and on continent, yes, I will do the same thing again.’’

Today, Jonathan is the toast of foreign missions and the international community.

It is not the end of the road for Atiku. He is a big player in Nigeria’s politics. I suggest, as a statesman, he funnels his time, energy and resources into grooming young, dynamic Nigerians who can help steer the country to safety and progress.

Our politics should evolve beyond an old-boys club.

Fredrick Nwabufo is a writer and journalist.