Rumours of the break up of her marriage began flying around on Twitter about two days ago. 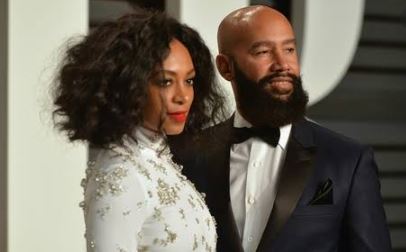 Grammy award-winning singer Solange has confirmed rumours making the rounds that she and her husband, Alan Ferguson are no longer together.

The ‘Don’t Touch My Hair’ crooner confirmed the split nearly five years after they got married. Taking to social media yesterday, November 1, Solange penned a lengthy Instagram message, which touched on her spiritual evolution and embarking on a new journey.

The When I Get Home artist did not share details about the separation, such as the cause or if divorce papers have been filed.

“The past 2 years have brought me more physical and spiritual transition and evolution than ever before. My body left me with no choice but to listen and be still within that stillness i begin my journey in confronting my worst enemy, fear.

I’ve lived my best and worst moments in front of the lens and gaze of the world since I was a teenager. I’ve always tried to live in my truth no matter how ugly or full of love it is. I’ve also tried to carve out the space to protect my heart, and my life as it unfolds, evolves, and changes. 11 years ago I met a phenomenal man who changed every existence of my life. early this year we separated and parted ways, (and tho it ain’t nan no body business ?) I find it necessary to protect the sacredness of my personal truth and to live in it fully just as I have before and will continue to do. it is unfair to not have power of your own story as you shape and mold and rewrite it yourself. a nigga ain’t perfect, but i’m leaning into the fear of the unknown and all the glory and power I know exist within god and the universes grace. may all of your transitions no matter how big or small, be kind to you and filled with incredible love and light!”

Rumours of the break up of her marriage began flying around on Twitter about two days ago.

It would be recalled Solange and Ferguson who is a video director got married in New Orleans in November 2014.

Her sister Beyonce, Jay-Z, their mum Tina Lawson, her son from her first marriage Daniel Julez, and other members of her family were present at the wedding, which was an all-white affair.
Top Stories