Peoples Democratic Party (PDP) candidate in the Kogi Governorship Election, Musa Wada has vowed to deal with Yahaya Bello if he wins. 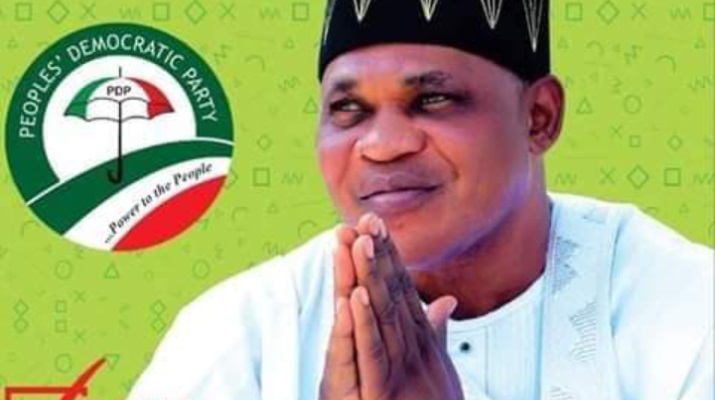 Musa Wada
Ahead of the  governorship election in Kogi state, the governorship candidate of the Peoples Democratic Party (PDP) in Kogi State, Musa Wada, has said he will probe the administration of Governor Yahaya Bello if he’s elected governor.
Wada, who made this disclosure on Sunday, the governorship candidate of the Peoples democratic party said he is determined to unravel the alleged sharp practices currently going on in the state.
According to him: it was because of the fear of such a probe that the present leadership in the state had become desperate to retain power so that the people of the state would continue under such maladministration.
Wada whose rallies have witnessed large turnouts, maintained that he would Probe and have a thorough report on the four years of the Governor Yahaya Bello administration in the state.
The PDP standard bearer told the people of the state not to leave any stone unturned so as to bring to book the darkest four years in the life of Kogi State, where salaries and pensions had become a privilege.
He urged the people to vote for him, while saying the present leaders never meant well for them, but using their platforms as APC members to defraud the people.
According to him: “What is bad is bad, as the pretence of paying salaries to cleared staff of the government, leaving those owed for over 40 months as part of the election fever that has confronted the present administration. The worst will happen when re-elected.
“As far as I am concerned, I will probe the four years administration of Governor Yahaya Bello and his cohorts, as I will be determined to unravel many sharp practices of the present administration.”
The PDP candidate, however, warned the organised labour not to allow the administration to drag them into taking decisions that were harmful to the interest of the workers.
Wada added: “Kogi State Government has been going round to cajole the labour leaders into unholy agreement to support their cause to return to Lugard House. The issue is beyond the leaders in the current order.
“There will be no Otukpa or Onyagede Accord, and agreement between the labour and the state government, or rather any political bigwig, as we will collectively resolve to install a new government.
“Gone are the days when politicians will be dragged to neighbouring states of Benue, Enugu, Kwara, Ondo and Edo to negotiate the fate of Kogites, as enough is now enough.
“Gone are the days when projects will be inaugurated and not completed, or haphazard virements, all in the name of diversion. We must tidy up our records for public scrutiny.”
-NAN
Top Stories