Security operatives in Lagos have finally nabbed a notorious traffic robber terrorizing motorists in the area. 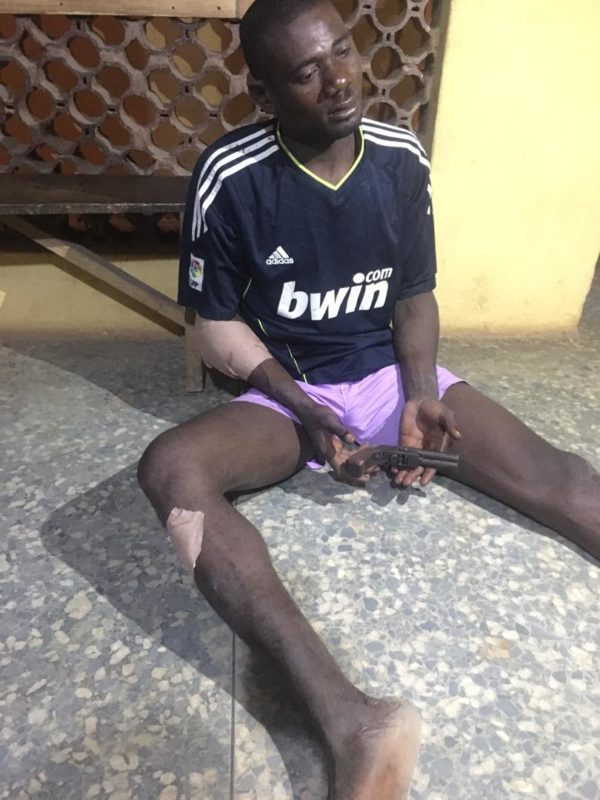 Emmanuel Daniel
A notorious traffic robber terrorising residents of Ipaja area and its environs in Lagos has been finally caught.
PM Express confirmed that it had been of serious concern for the residents and the Police operatives from Ipaja Division have been working through surveillance to nip the activities of the bandits in the bud.
It eventually paid off after Police operatives arrested one of the bandits, a 30-year old Emmanuel Daniel, with a locally made gun and live ammunition at Boys Town in Ipaja, Lagos.
This was confirmed by the Police Public Relations Officer, DSP Bala Elkana, who said that the suspect was arrested and charged to Court for the alleged offence.
He said that on 29th October, 2019, at about 1630 hours, a team of Policemen from Ipaja Division led by the Divisional Police Officer, CSP Tokunbo Abaniwonda, arrested one Emmanuel Daniel ‘m’ 30 years.
“One locally made pistol with live ammunition and one expended ammunition were recovered. He was arrested while attempting to snatch a bag from a woman at Boys Town, Ipaja.”
Elkana stated that after Daniel was arrested, he confessed to the crime and will be charged to Court for armed robbery.
Top Stories