Since he lost his job, the man here appears to have also lost the love he shares with his wife.

Relationship blogger and adviser, Joro Olumofin has shared the story of a man who is presenly being disrespected by his wife since he lost his job.

According to his account, the woman has stopped sleeping with him and has a way of rubbing it on his face that he is unemployed. She has also been denying him of his food. Social media users have been sympathizing with the man in question. 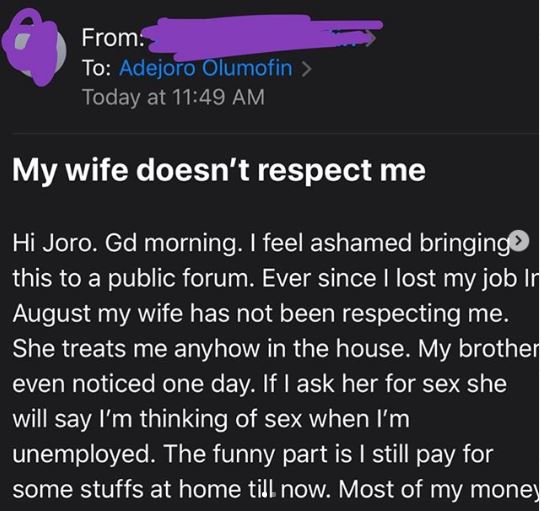 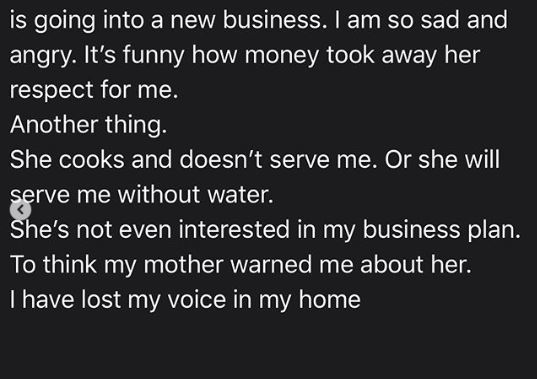