Angelina Jolie Unable To Move Abroad Because Of Brad Pitt


Oscar award-winning Hollywood actress, Angelina Jolie says she would love to live abroad and will do so when her children turns 18 but as of now,she has to base where their father chooses to live. 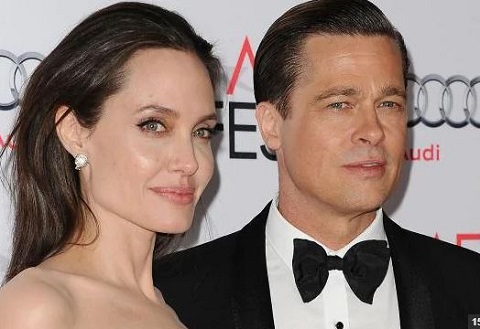 Oscar award-winning Hollywood actress, Angelina Jolie may be a private person but lately, the screen star has been getting a lot of press about her personal life.

The mother of five who shares joint custody with her ex-husband, Brad Pitt is the cover star for the final issue of 2019 of Harper Bazaar magazine. For the feature, she is candid about a number of issues.

As she covers the December 2019/January 2020 issue of Harper’s BAZAAR, she discusses freedom, her aspirations to explore, and her hopes for the coming year.

She said:“I would love to live abroad and will do so as my children turn 18,” Angelina revealed to Harper’s Bazaar. “Right now I’m having to base where their father chooses to live.”

Jolie may have a few more years to go until she can relocate overseas, but she’s inspiring her children to travel nonetheless. The actress says she acknowledges her “ability to encourage my children to explore the world, including the world of ideas and expression, without there being limits to what they are allowed to study or know or imagine themselves doing in the future.”

Jolie and Pitt’s children have been living with her since their split when they announced their separation in 2016, and the actress has really been making the most of her time with them. Although the divorce proceedings have been sticky, they’ve repeatedly emphasiSed that their children are their top priority. The former couple started dating in 2004 and married in 2014. They share six children together: Maddox, 18, Pax, 15, Zahara, 14, Shiloh, 13, Vivienne, 11, and Knox, 11.

For the premiere of her film, Maleficent: Mistress of Evil, Angelina brought all of her children — minus Maddox — to the premiere in Los Angeles at the end of September. From there, they all traveled around the world, including to Tokyo, where Maddox reunited with his mother and family for the film’s premiere, and even Rome!