A man has gotten himself into serious trouble after he was found out to have shot his ex wife dead with a crossbow. 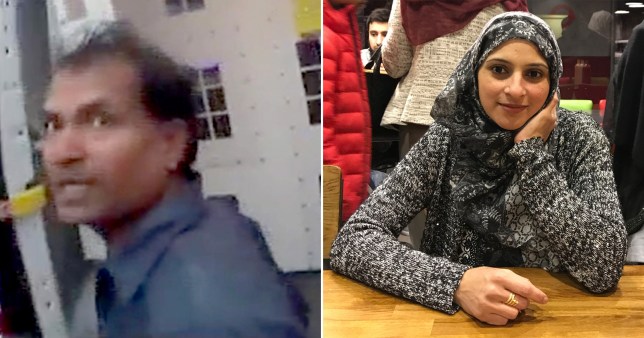 A vengeful ex-husband plotted murder for a year before taking a crossbow and shooting his former partner, a court heard.

Ramanodge Unmathallegado, 51, allegedly decided to kill his wife Devi, 35, after she left him for another man.

He arrived at her family home in east London armed with two crossbows aiming to kill both her and Imtiaz Muhammad, the Old Bailey was told.

His plans were disrupted when Mr Muhammad unexpectedly went into a shed where he was hiding with his stash of weapons, it is claimed.

He allegedly chased after mum-of-five Mrs Unmathallegado and shot her as she tried to get away, shooting her and fatally injuring her on November 12 last year.

The crossbow bolt penetrated her body, causing ‘catastrophic’ internal injuries, including piercing her heart at the home in Ilford, jurors heard.

Medics couldn’t save her, but her baby was delivered by Caesarian and survived. 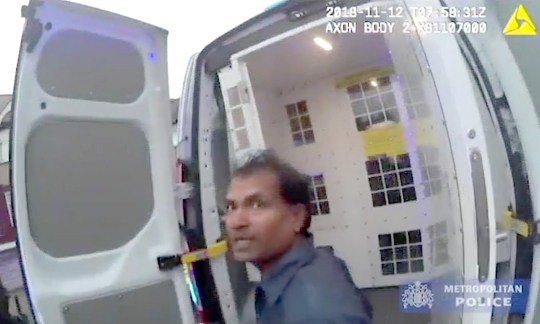 A screengrab from body cam footage of the arrest of Ramanodge Unmathallegadoo (Picture: Metropolitan Police/PA Wire)

Prosecutor Richard Horwell QC told jurors: “This was a deliberate and quite calculated act of revenge on his part, intended to cause at the very least the death of Devi.

‘On the evidence you hear, however, you may well conclude that his plans encompassed more than that and that, although Devi was undoubtedly his principal target, he also intended to kill her partner, Imtiaz Muhammad.’

The defendant had allegedly been preparing the attack for at least a months, storing weapons and equipment.

He had got hold of two crossbows and numerous arrows or bolts, and carried out carried out surveillance on the family home, jurors were told.

On the morning of the killing, he had taken two loaded crossbows, arrows, a hammer, knife, cable ties, duct tape and scissors with him to carry out the attack, the court heard.

But he resorted to ‘plan B’ after being unexpectedly disturbed by Mr Muhammad.

He allegedly ran after him and shot his former wife as she fled upstairs before being disarmed, jurors heard.