The Politics Of The Border Closure


Emefiele doesn’t need the nail clapping of the unconvinced. There are millions of regime apologists applauding government’s wisdom in taking the decision. 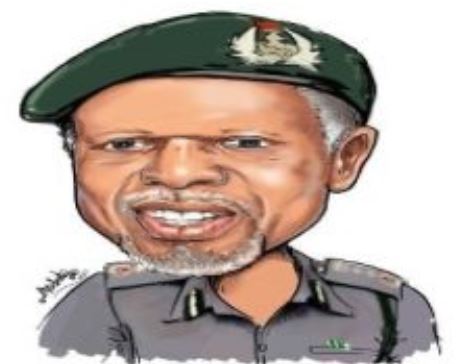 Thomas Aquinas, the Italian theologian and philosopher wrote “to one who has faith, no explanation is necessary. To the one without faith, no explanation is possible.” He could have been speaking of our nation and the hailers who see nothing wrong with every knee-jerk policy direction of governments and its actors. Our borders have been closed since August 20. Looks like it would remain closed indefinitely.

The Central Bank Governor who claimed to have been invited by the press to explain the economic gains of the closure seem to think that it is the best road not taken. He prays the borders remain closed for a pretty long time even as government seeks to borrow to finance its projects in 2020. Emefiele sees in the border closure a booster juice needed to revive a collapsed economy.

Emefiele doesn’t need the nail clapping of the unconvinced. There are millions of regime apologists applauding government’s wisdom in taking the decision.

Hameed Ali, our comptroller of Customs now wear’s a toothpaste smile in support of the border closure. He has never seen institutional dynamism in resource generation as when the borders are closed.

A new one argument was introduced during the week, from China. Communist China closed its borders for so long that by the time it reopened– it had garnered economic and manufacturing muscle to have no need for importation and grow the muscle to take the global market by storm! This manner of reasoning is warped. When did China close its borders? How do we compare the socio-economic rationale of that closure with the present day two-way politico-economic regime in China? What did China do to reset its economy to compete in 21st Century arena? Is our country thus equipped to copy them? Maybe it is and wailers aren’t privy to that policy document.

Of course, if you subscribe to the notion that government exists to create emergency millionaires, you would applaud border closure. Contemporary regimes measure achievements by the number of accidental millionaires under them. Border closure is bound to produce more such millionaires. Already, government has boasted that hitherto subsistent rice farmers now perform pilgrimages. Border closure is public admittance of system failure. This is why one doesn’t understand the smirk on Ali’s face. Closing borders to force your citizens to eat local is public admission of system failure and lack of trust in policy. If you have to use antiquated military strategy to whip your citizens to become emergency patriots, you are not governing, you are ruining.

The few times I have driven across the Canadian border to the USA, I have seen Canadians disembark at the border to declare their purchases and to pay applicable taxes without prompting. The Canadian government did not attain that level of national conscientization by closing its borders. Patriotism becomes ingrained when you see leadership by example and your taxes working for you. It works less when your leaders hand down instructions and fail to practice what they preach. Flying abroad for health care doesn’t imbue trust in your health care system. Buying foreign vehicles for official use discourages local manufacturing or faith in locally assembled ones. Official economic wastage does not imbue a spirit of frugality in the citizenry. It is shameful to head an organisation that has failed in its assignment and wear a smirk. In other climes, the head of an organization that watched idly by while contrabands seep into the country resigns.

Not in Naija. Customs admits its inefficiency by applauding the closure of borders and then running into warehouses where smuggled goods are stored or going after tokunbo car sellers who obviously bribed their way by cheating the system. Both the smuggler and the complicit Customs officials are economic saboteurs. Contrabands don’t fly into the country like witches riding brooms, they slip in because some people are either sleeping on duty or sabotaging the nation. Forget that Customs meets its target. Heads should roll except we are waiting for a BBC documentary to nail the sleaze kings. Guess what, it has happened before! There is an element of regional treachery in this whole saga. Naija is supposed to be the big brother of West Africa and the arrowhead of ECOWAS and its quest for economic and monetary integration. The headquarters of ECOWAS is in our capital city.

This country relies on the goodwill of its neighbours to fight the insurgency within the sub-region and on inter-agency cooperation to fight global terrorism. There can be no trust when our government gleefully tells the world it has closed its borders to sabotage the economy of other countries whose help it needs. We have become a nation of oddities.

Our battle weary military have taken over the job of the Immigration Service with its identity verification exercise! EFCC the economic and financial police would now prosecute doctors who issue fake medical certificates with no professional wherewithal to do so. We are supposed to be a democracy, but we are using discredited military manual to run government of the people by the people. It won’t be surprising if elected governors start ambushing civil servants, flogging citizens on the streets and incarcerating anyone that challenges their excesses.