Unbelievable! How A Tourist Got Eaten By A Shark While Swimming During Holiday


A tourist has been eaten up by a shark while he was out swimming during holiday, reports have shown. 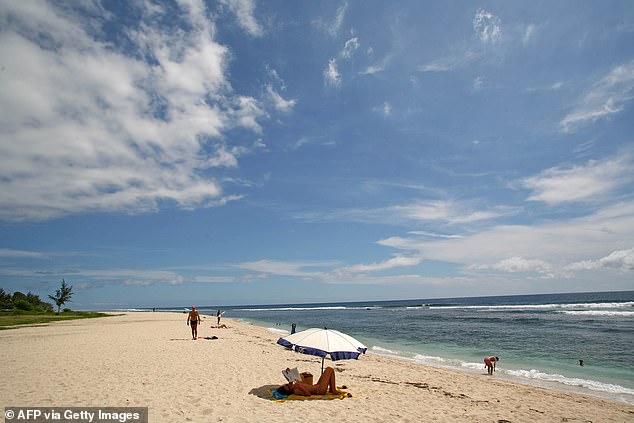 French island of Reunion (pictured), near Madagascar, when the attack took place

A British tourist who went missing over the weekend was eaten by a shark, it is believed - after his severed hand was found inside the beast.

The 44-year-old British national from Scotland had been swimming off the holiday French island of Reunion, east of Madagascar, when he disappeared.

'The tourist and his wife were spending a week on the island and he had gone out swimming in the Hermitage Lagoon, off Saint-Gilles, alone on Saturday,' said an investigating source.

'When he did not get back, his wife sounded the alarm, and a full search was launched, involving boats and a helicopter.

'Divers searched around a coral reef in the area, and there were also patrols on land involving sniffer dogs. Sadly, the man could not be found.'

This week a shark which was seen swimming near tourist beaches was killed because he was considered a threat to holidaymakers.

Autopsies were carried out on the shark and four other fish, and a severed hand wearing the wedding ring of the British holidaymaker was found.

A police source on Reunion said the man had been described by his family as a 'strong swimmer'.

His wife was 'did not see him going out of the sea after he went off for his swim,' the source added.

'It is feared that the hand belonged to a tourist who was reported missing on Saturday afternoon by his wife,' said the source.

There are frequent shark attacks around Reunion, which is in the Indian Ocean, some 500 miles from Madagascar.

Tiger sharks have a record second only to Great White sharks for attacks on humans, but it may be that the man drowned and his corpse attracted the fish.

DNA tests are due to be carried out on the hand, but scientists from the CSR Shark Safety Centre on Reunion have been told that the wedding ring on the it 'conformed to one identified by the man's wife,' said the source.

The dead Tiger Shark was more than 10ft long and was one of five considered a threat to those in the sea.

Swimming and other water activities are heavily restricted on Reunion due to the high risk of shark attacks.