Rapper T.I Schooled On The Issue Of Virginity Of His Daughter


Rapper T.I has been criticized for claiming he has been regularly testing the virginity of his beautiful daughter. 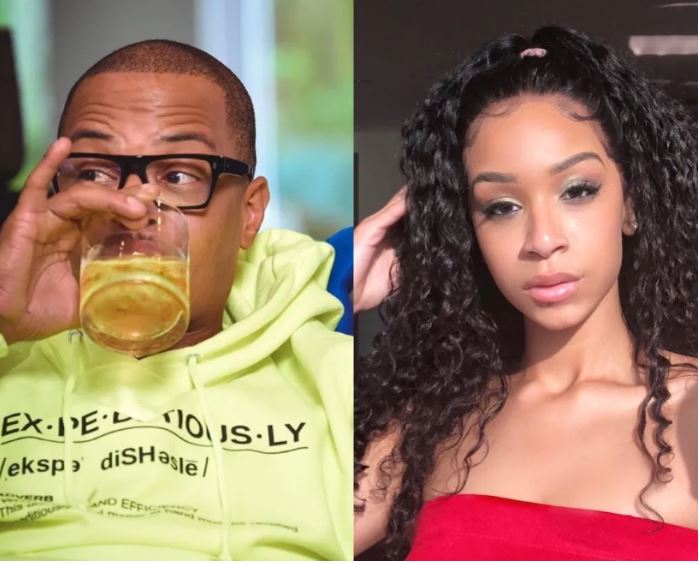 Plant Parenthood has reacted to T.I.'s revelation that he follows his daughter Deyja Harris to the gynaecologist every year to ensure that her hymen is still intact and she's still a virgin.

T.I.'s revelation generated outrage and Planned Parenthood weighed in on it by explaining what virginity is and how "it has absolutely nothing to do with your hymen.

The reproductive health care provider began their thread, writing: "Idk who needs to hear this but virginity is a made-up social construct, and it has absolutely nothing to do with your hymen."

They added: "A virgin is someone who’s never had sex. But “s*x” means different things to different people, so “virginity” does too. Many don't care what it means or think it matters. Whatever you believe, the fact is you can’t tell if someone’s had sex by checking their hymen."

Though they didn't mention T.I., a number of Twitter users tagged him to the thread and asked him to educate himself. 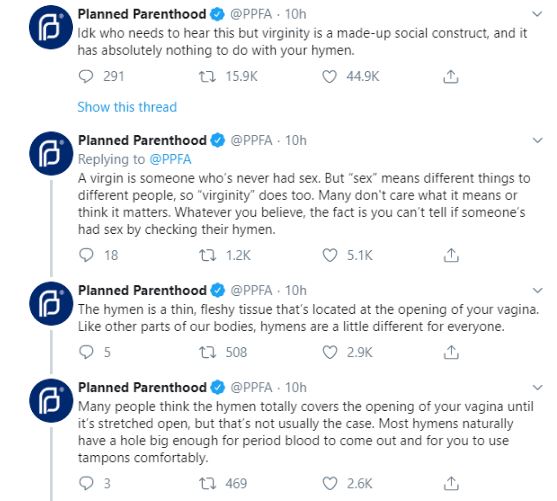 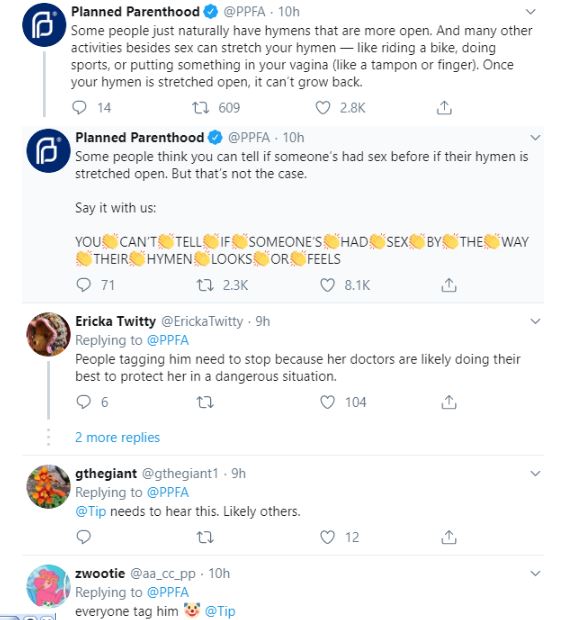