The Story Of Falomo, MKO Abiola's Physician Who Taught Fela A Life-Long Lesson


The story has been told of Ore Falomo, MKO Abiol'a physician who reportedly taught Fela a life-long lesson. 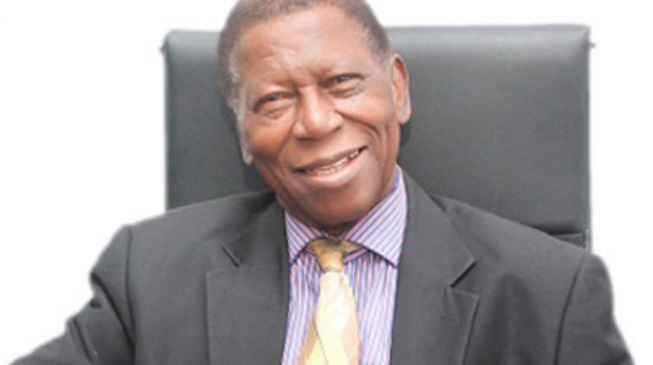 In the wake of the annulment of the 1993 presidential election, Moshood Abiola, presumed winner of the poll, was detained for four years, largely in solitary confinement, after declaring himself as Nigeria’s president-elect. While the military had planned to detain him at a secret facility, one man reportedly made the location public, and the man is Ore Falomo, who joined his ancestors in the wee hours of Saturday.

Accounts of Abiola’s travails as documented by Max Siollun, a Nigerian historian, have it that Faromo was suspected to have risked his life by leaking information about where Abiola was being detained, an act that angered the military so badly they were said to have denied him access to the late democrat for more than a year despite being his personal doctor.

Abiola had died under suspicious circumstances shortly on the day that he was due to be released, precisely on July 7, 1998. While many believe the military was responsible for his death, Falomo, who until his death was the medical director of Maryland Specialist Hospital, Lagos, had said the late democrat was killed by civilians.

In an interview with Nigerian Tribune, he also recounted how Abiola died shortly after taking tea.

He had said: “I have spoken about what killed Abiola several times and I have proved it. I have gone before a Special Tribunal to state the case. So, it is not anything new and they have not been able to say I am wrong.

“They were not comfortable enough when I said it and they have not put forward any other thing that could have killed Abiola. He was waking up from sleep and then after sipping that tea, he grabbed his chest crying over pain and he died. I am a doctor. He didn’t exert himself or anything, so what brought heart attack.

“That Abiola was visited by somebody who is known; who death always follows wherever he goes and everyone knows about it. Why don’t they speak out? Those who benefitted from the death of Abiola and Abacha are still there and they are now fighting themselves. They are not military people but civilians and you will still hear more stories. It will come out. If Abiola had been president, things would have been better done and all the bad things happening now wouldn’t have been.”

GOT GOVERNMENT TO CONDUCT ABIOLA’S AUTOPSY

Days after Abiola’s death, there were calls for an autopsy to be carried out on him amid rumours that he had been assassinated. When the government started taking steps for the autopsy, the original plan was for it to be carried out in Abuja where security operatives will keep a close watch on all the proceedings but Falomo did not take any of that.

An account of what transpired recorded in Siollun’s book had it that Faromo had insisted that Abiola be buried in Yoruba land, particularly in Lagos state.

The book read: “The government wanted the autopsy to be conducted in Abuja but Falomo insisted that it should be in Lagos in the south-west, right at the door of the Yoruba land.

“Given the tense situation in the country and assumption in the south-west that Abiola had been assassinated, Falomo’s proposal presented the government with a headache. Eventually, the government agreed to permit the autopsy to be conducted in Lagos with secrecy akin to a military operation.”

In the interview with Nigerian Tribune, Falomo took a swipe at Obasanjo for not honouring Abiola when he became president after Nigeria eventually returned to democracy in 1999.

Asked to react to President Muhammadu Buhari’s declaration of June 12 as Democracy Day, he said: “Some states are already celebrating as Democracy Day. All the states in the south-west from Ekiti to Lagos do. Are they not? It is only now that the rest of Nigerians have just opened their eyes. I thank Buhari for this. How can he call May 29 Democracy day? For who? This is because he was the president. But now, another person has said he is wrong for saying that.

HIS ENCOUNTER WITH FELA’S CHARM

In an interview with TheNEWS magazine while in prison, Fela narrated how he got charms only for Falomo’s double-barrel gun to prove it was powerless.

According to Fela, who was speaking of a time he had considered suicide, Falomo had been called to shoot a goat which he wore the bullet-proof vest containing charms on.

Fela had said in the interview: “One day I felt like committing suicide. I just dey tired. That was shortly after they did not register Movement of the People in 1979, but I come dey read for inside book say if you die you go still come back. I come dey read books about African power. I come dey scared of death. Once I went to Ajilete, a village near Abeokuta where they come give me one locally made bullet-proof vest to wear with charms on it.

“The juju man said once I wear it, nobody fit shoot me. So I go buy goat, I wanted to test it. A man near my house had a gun so I borrowed the gun, not knowing the man gave us a blank bullet. We shot the goat but it did not die, I was happy. I then told Beko, my brother and Professor Olikoye to believe in charms.

“You know Beko now, he then said he would believe only if he tries it. He then called on Dr. Ore Falomo who had a double-barrel gun. Falomo is a good marksman, he come shoot, tear the goat to pieces, I say, ‘hey me I no do again’, so I would have died if to say I go take am face police. I returned it quick, quick.”

It turned out that the relationship between Falomo and Abiola was more than that of one between a doctor and their patient.

In an interview in 2018, Falomo said they were both friends, and that he had confronted former military President Ibrahim Babangida for “betraying” Abiola shortly after MKO was locked up.

He had said: “Abacha was not just my patient, but also a friend. We met in 1982 through Lt General U. S. Yaro, he was coming from Lebanon on a Peace Keeping assignment, and we first met in London.

“I was very close to Abacha, and IBB. When Abiola was locked up, I went to Abacha to allow me see IBB in Minna, which he obliged. I only went there to tell IBB that he betrayed his friend and I told him Abiola did not deserve it. He is still alive. I heard some people say Abiola would not have done anything better, if the position was changed, they said everything IBB did, Abiola would have done worse, but my response was to let us leave it to God.”

A TRUSTED FRIEND OF ABACHA

On his relationship with Abacha, he said: “I was the only one who could give Abacha injection and he would accept. None of the military nurses ever dared to give injection. He was afraid of injection. Bold as he was, he would run and when he hit the wall he would say, ‘Doctor, give it to me now’ and he would tighten his muscle and I would inject him. Abacha’s greatest friend is Babangida; he called me his number two Christian friend. He had a small circle of close friends. Abacha’s closest friend was Babangida while many would have thought they were enemies. Only God knows what was between the two of them; absolute loyalty.”