The plea of the poultry farmers did not come as a surprise as Nairametrics recently reported that the border closure had saved the local poultry industry more than N50 billion since its commencement. 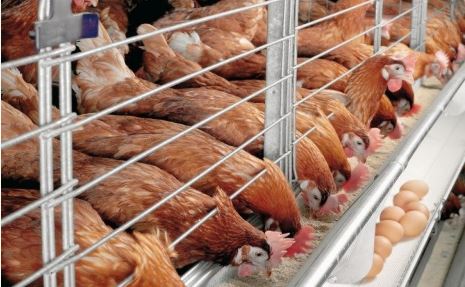 Poultry farmers and other stakeholders in the industry have given their support to the policy of the President Buhari-led administration on the closure of the country’s land borders. They also pleaded that the borders should be permanently closed.

This, according to them, would drive the nation’s economic growth and food sufficiency.

Speaking during the opening ceremony of this year’s Nigeria Poultry Show organised by the Poultry Association of Nigeria (PAN), the poultry farmers said that Nigeria could only get better with the border closure, as it would equally boost sales and production in the industry.

While giving his address on the theme, “Nigeria Poultry Industry: Managing the Value chain for National Development,” the President of PAN, Ezekiel Ibrahim supported the border closure, saying that it would translate into greater employment opportunities in Nigeria.

Represented by the National Secretary, Prince Joseph Aladesuyi, Ibrahim cautioned PAN members against unwholesome practices and unnecessary increase in prices of products, as he appealed to them not to do anything that could frustrate the gains of the border closure.

He also called on the Federal Government to alleviate the sufferings farmers encounter due to high interest rates from banks.

“I also want to appeal to the Federal Government basically on behalf of the Nigerian farmers. We are suffering because of the high interest rate from our banks. We appreciate the ongoing Anchor Borrowers programmes but it does not go to all farmers. Please, the Federal, State and Local Governments, your interest is very important in the poultry value chain in Nigeria,” the PAN president said.

The plea of the poultry farmers did not come as a surprise as Nairametrics recently reported that the border closure had saved the local poultry industry more than N50 billion since its commencement.

Before now, Nigeria consumed two million tons of poultry yearly, 70% of which was imported. However, this is not the case anymore as the border closure has helped to reduce the high consumption of imported poultry.