A young boy is regretting his life after being dumped by the girlfriend because of his financial status. 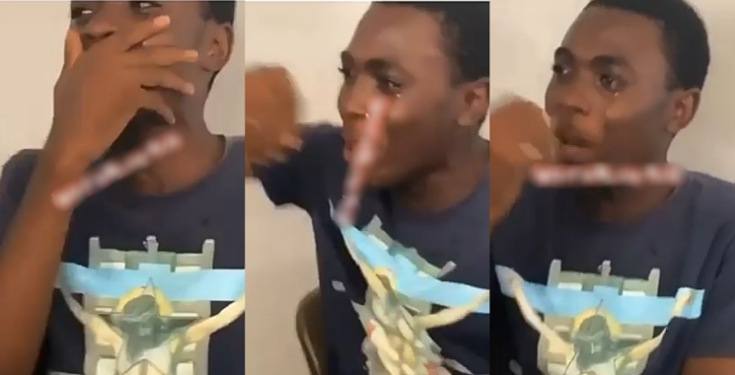 The teenager crying bitterly
A 16-year-old Nigerian boy has been left heartbroken after his girlfriend dumped him because of his inability to take her out on her birthday.
The teenager who cried profusely said he was unable to afford enough money to take her out on her birthday, and as a result, his bittered girlfriend quit the relationship with him.
The young boy who couldn’t hide his emotions cried seriously in public, while his friends who were already recording the scenario, mocked him at the same time.
Reacting to this, Nigerian men have slammed the young lad for crying over a girl at his young age, while his mates are in their father’s house washing plates and cutting firewood.
Watch the video below: