Singer, 9ice Set To Get Married For The 3rd Time In December


9ice is set to walk down the aisle the third time with baby mama, Olasunkami Ajala aftr his first marriage collapsed in 2010. 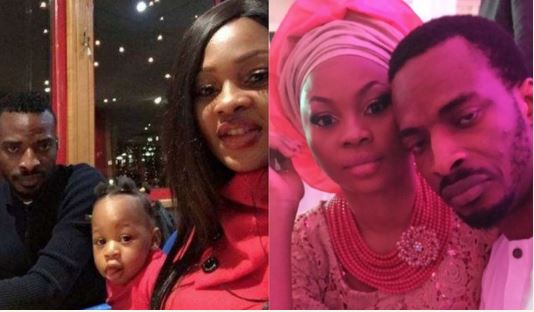 Pulse can authoritatively tell you that Nigerian music star, Abolore Adegbola Akande popularly known as 9ice is set to get married for the third time in December 2019.

According to a reliable source, the singer is getting married to his baby mama, Sunkami Ajala, who he has a daughter Mitchelle with. The couple are expected to get married at an already fixed date in December 2019.

Sunkanmi Ajala and 9ice have been in an off and on relationship before the wedding. The two welcomed their first daughter, Michelle Abolanle Akande, five years ago.

9ice got married to Adetola Anifalaje, a United States based software engineer in 2018 (Second marriage). They had three wedding ceremonies which took place between March, July and August of the same year. The marriage with Adetola is blessed with a daughter, Milani- Francoise Imisioluwa Akande.

Back in 2008, 9ice contracted his married to Toni Payne, and they had a child together. After the marriage collapsed, 9ice got into a relationship with Vickie Godis who bore him a set of twins.

Back in 2018, there were rumours that 9ice was expecting 5th child with another lady identified as Olori Oluwayemisi. According to blogger, Linda Ikeji, 9ice had gotten the lady pregnant and is expecting a child with her.

It was also reported that the lady in question is a skincare expert. When Pulse reached out to 9ice's camp, his manager, Taiwo made it clear that they don't want to talk about this story. 9ice however, came out to deny the news that he was expecting any child.