A businessman has been killed by his abductors in Nasarawa after ransom for his release has been paid. 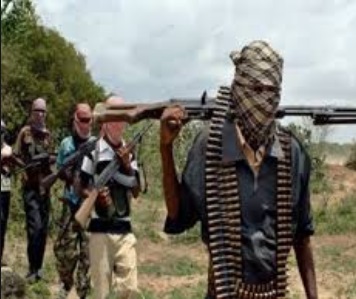 File photo
Osondu Nwachukwu, a popular businessman has been killed by his abductors despite receiving a ransom for his release in Nasarawa State.
Nwachukwu’s family in an interview called for more government action at the state and federal levels in tackling the security challenges bedevilling the country. Nwachukwu, aged 55, resided in Nasarawa for over 30 years and was a sachet water seller who used his apartment for residential purpose and production point.
His pastor, Reverend Father Joshua Obile, described him as a peace-loving man whose major concern was to provide for his family. The clergyman said, “He doesn’t like trouble with anyone, you hardly see him exchanging words with people.
“He was a lover of peace, even in his house when I come around to visit them, you will always see him up and doing.  He is a man who is committed, diligent, and obedient.”
Nwachukwu was seized from his residence on October 30 by suspected robbers who dispossessed him of cash, valuables, and documents of his house.
After several days in captivity, a ransom of N20 million was demanded and after several pleas, it was reduced to N10 million and further down to N40,000, which was paid. However, he didn’t come back alive.
Top Stories