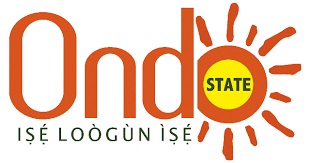 A-one-year-old boy identified as Gold Kolawole was been reported missing inside a church auditorium in Akure, the Ondo State capital.

The mother of the baby was said to have taken him to a miracle centre located at Osinle area of Akure.

A source told our correspondent that the young boy got missing during last Sunday’s service in the church premises.

Confirming the incident, the mother of the boy, Mrs Modupe Kolawole who is a member of the church, said the incident had been reported at the police station in Akure.

She explained that despite reporting the incident to the church authorities and B Division police station, Oke Aro as well as anti-kidnapping office at Alagbaka in Akure, nobody had been arrested or interrogated by the police.

She expressed worry over the whereabouts of her child and called on security agencies to assist the family in finding the abducted child.

The Police Public Relations Officer (PPRO) for the state police command, Mr Femi Joseph could not be reached for comments on the incident.