It is a sad time for the family members of a young man who recently graduated from the university after he was killed by his abductors. 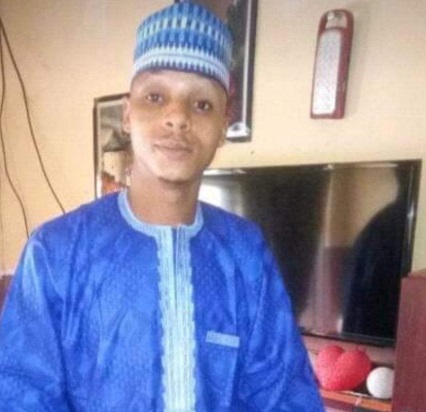 Hamza Bukar Mahuta
A fresh graduate, Hamza Bukar Mahuta has died after being killed by his abductors.
A friend, Ibrahim Bello, shared the story online.
According to Bello, Hamza, an architect who just completed his NYSC, was kidnapped along the Birnin Gwari- Kaduna expressway.
His abducors reached out to his family and demanded for ransom in millions.
After 32 days in their captivity, the kidnappers called and asked for N500, 000. They received the ransom and sadly gave his family his remains in return.
"Innalilllah wa inna ilaihir Rajiun!! They kidnapped him and demanded ransom in millions.
"The family couldn't raise. After about 32 days, they called and asked for (just) N0.5m. The family raised and gave them only to be given his dead body instead. RIP, Hamza Bukar Mahuta," Bello wrote 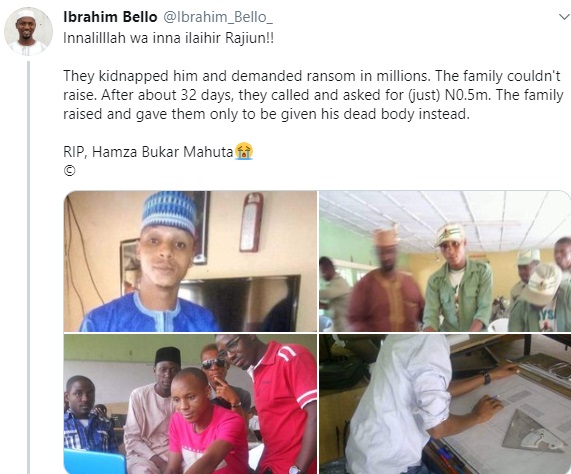 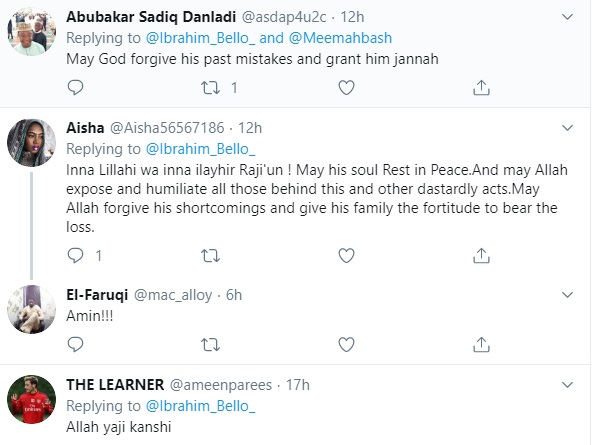 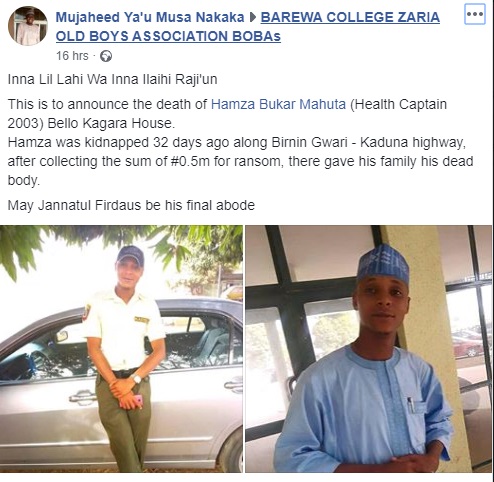