A passenger jet which was carrying as many as 196 passengers and crew has caught fire some minutes after landing. 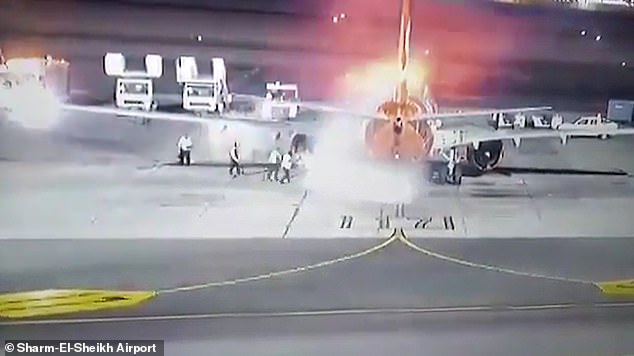 This is the dramatic moment a passenger jet catches fire shortly after landing at Sharm El Sheikh airport in Egypt.

The Boeing 737-800 aircraft operated by SkyUp from Ukraine landed at the sea side resort without incident.

The passenger jet taxied to the parking stand where CCTV footage showed a fire break out on the jet's left landing gear.

According to airline website  Airlive.net, the jet was leaking hydraulic fluid which dripped onto the aircraft's hot brakes and caught fire. 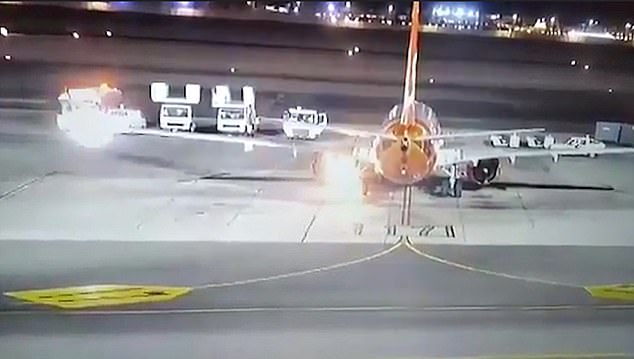 Emergency services soon doused the flames and the passengers and crew were disembarked without injury.

According to flight tracking website Flight Radar 24, the 15-year-old aircraft was soon back in operation.

According to Flight Global, there were 189 passengers and seven crew on board the jet at the time.

A spokesperson for the Egyptian civil aviation ministry said the fire 'could have turned into a disaster'.

According to the ministry, the fire would have spread to other parts of the aircraft had staff not acted 'professionally'.