Frozen Food which was identified as Vegetables transported by South African Airways Airline was intercepted at the Murtala Muhammed International Airport as Contraband. 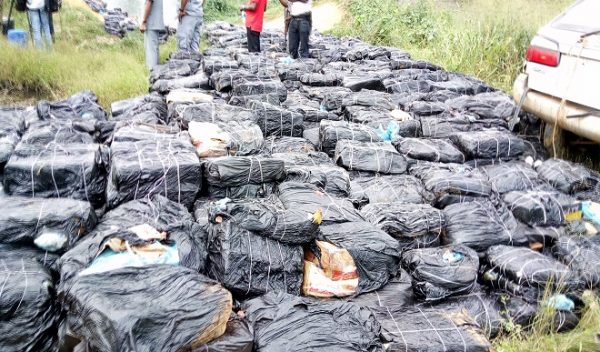 One of the consignments was concealed as vegetables while the other consignment was allegedly abandoned by the importer at Gate 13 of the airport.

Adeniyi said the command’s tarmac operatives intercepted the consignment which showed it contained perishables and therefore qualified for pre-release at the cargo wing of the airport.

He explained that its officers at the command insisted on inspecting the items before transferring them, stressing that in the cause of inspection, it was discovered that the items contained 40 cartons of beef, pork and fish fillets.

He said, “Though, the Airway Bill described the goods as fresh vegetables, but they were rather frozen foods, which are contraband in the country. It became obvious that the importer through his agents has prepared pre-release documentations purporting the imports to be fresh vegetables with the sole intention to evade the import prohibition order.”

The controller said the second consignment of 104 cartons comprising pork meat, beef, and turkey was abandoned inside four dollies close to Gate 13.

He assured that the command would intensify its surveillance within the airport environment.

The command also earned at least N47.7bn in revenues between January and October 2019, surpassing the 2019 target set for it with 110 per cent.