The 66-year-old German tactician has explained his reasons when making changes to his starting XI. 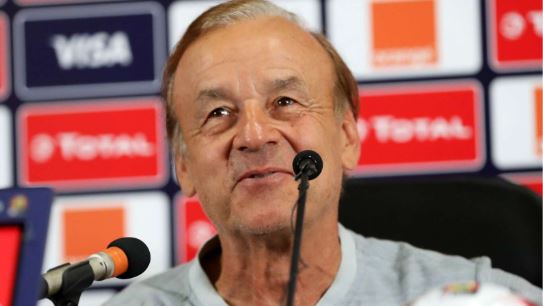 Nigeria national team coach Gernot Rohr has lifted the lid on why he makes late substitutions in games.

Most of the substitutions by the German tactician often take place towards the end of the match.

The Super Eagles boss, however, disclosed his decision was to ensure he does not make mistakes and gives ample time for the players in the starting XI to make an impact.

“I also have to be very sure that the player I want to take off has done all he can during his time on the field of play.”

Nigeria will take on the Republic of Benin in their opening Group L Africa Cup of Nations qualifying game at Godswill Akpabio Stadium on Wednesday.

The three-time African champions will thereafter travel to Setsoto Stadium to slug it out with Lesotho in their second group match on Sunday.