A bricklayer has been saved after getting impaled by a sledgehammer in Owerri in Imo state. 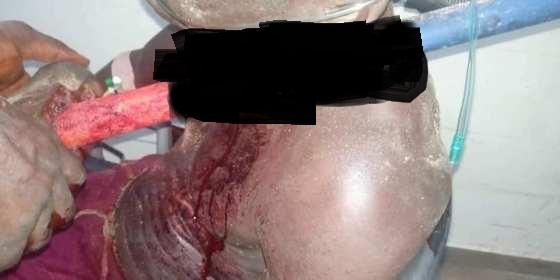 Bricklayer Impaled by a sledge hammer
The Federal Medical Center (FMC) Owerri emergency response of Surgeons on call saved a Life at around 10:30 pm on Monday, a report by Vanguard has revealed.
The victim who is a 35-year old bricklayer accidentally fell off from a storey building while at work and landed with the left lateral anterior neck on a hammer standing on the ground with the handle facing upwards
According to the Senior Registrar on call in Ear, Nose, Throat, Head and Neck Surgeon Ear, Dr. Ibekwe Nnaemeka, this pierced via the anterior and exited on the posterior.
However, as God may have it, he was not in any respiratory distress and vitals are relatively stable on presentation.
Dr. Ibekwe Nnaemeka called out the 2 ENT Consultants, quickly raised alarm and invited the Vascular Surgeons, Burns and plastic, Traumatologist / Spine Surgeons, Anaesthetist, & Theatre Peri-op Nurses informed to get set..!!
While narrating, he said “necessary urgent Investigations were done, thanks to our Med. Laboratory Scientist Friends, who acted promptly as the urgency demands, gave us 4 units of screened / cross-matched blood and provided the results needed as fast as possible.
“Within a short while, all the invited Surgeons storm the Casualty, we quickly wheeled the patient to the theatre and Neck Exploration with foreign body removal was done.
“Miraculous intra-Op Findings: The hammer neatly passed *medial* to the Carotid vessel and IJV and *lateral* to the Oesophagus, Trachea and the Vertebral column.
” Patient was later transferred to the ICU by the Anaesthetist for observation.
“Early this morning when checked, Patient is doing very well, vitals are still stable”.
See photos below: 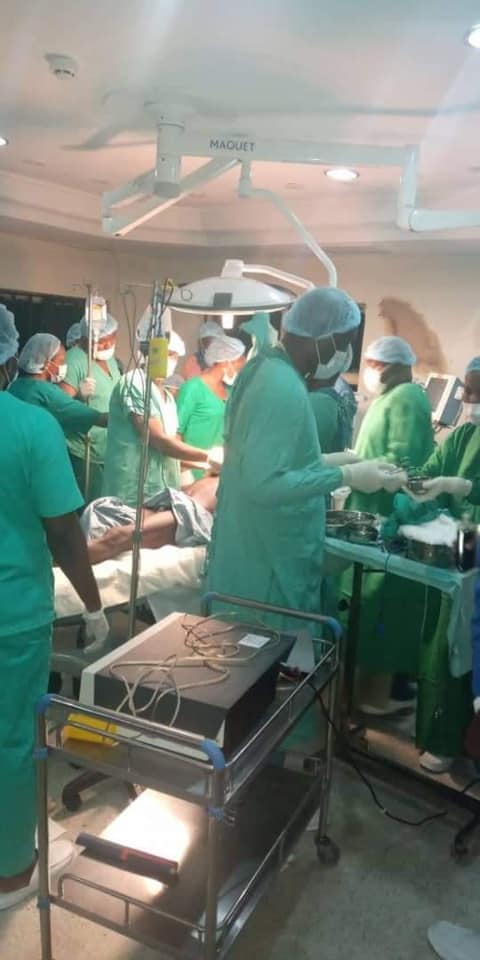 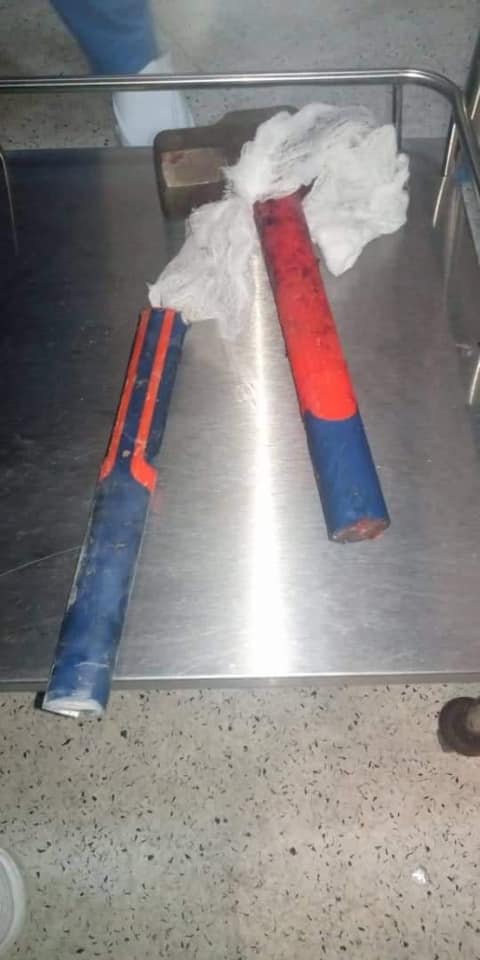