A statement from the university's president, says all four people in the car were international students, either current or alumni. 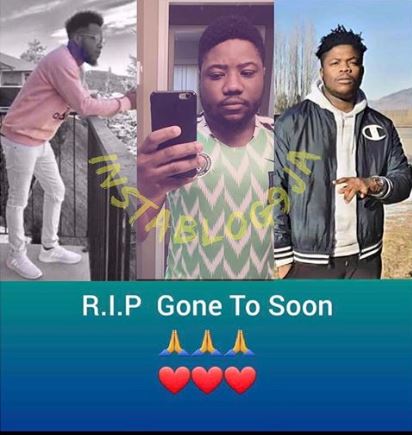 Three Nigerian students/graduates of the Thompson Rivers University, Kamloops, British Columbia, Canada, have been killed in a car crash that occurred last week.

They are identified as Daniel Okocha , Oluwatosin Adeojo and Femi Adebowale. The deceased and one other person were taking a trip in a car when it was struck by a pick-up truck.

RCMP were called to 1st Avenue and Battle Street at 1:40 a.m. PT after reports of the collision. Daniel and Femi died at the spot while Tosin later died at the hospital .

The owner of the truck was arrested Sunday but was released later that day. No charges have been laid.

A statement from the university's president, Brett Fairbairn, posted on TRU's website, says all four people in the car were international students, either current or alumni.