The wedding invite of a man set to marry his three fiancees on the same day has set internet on fire. 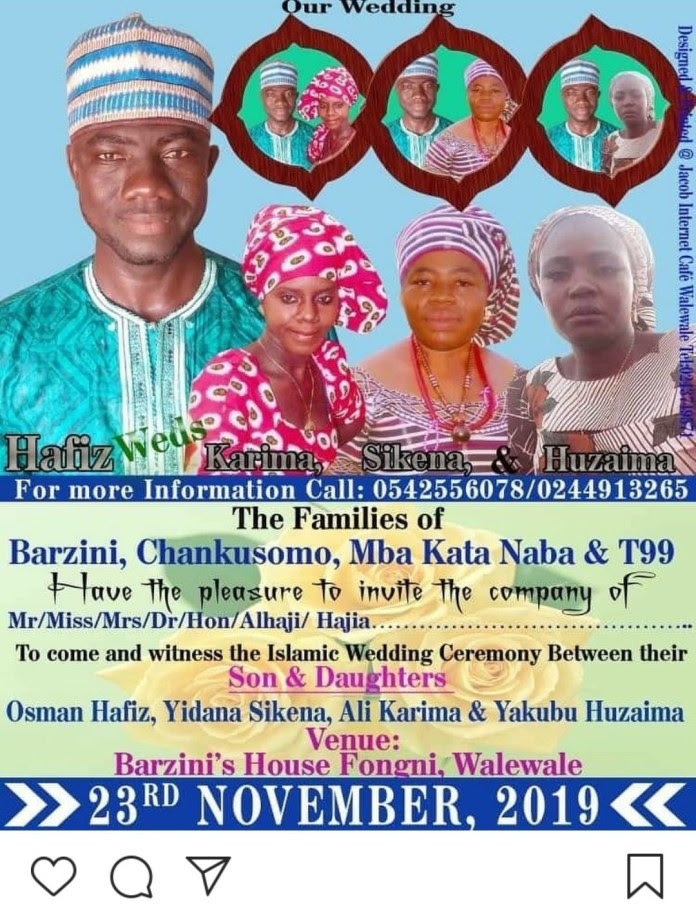 Hafiz set to marry three women on the same day
A Ghanaian man identified as Osman Hafiz is se to achieve a feat come November 23rd, 2019 as he gets set to marry his 3 fiancees on the same day.
The wedding ceremony of Hafiz and his fiancees; Yidana Sikena, Ali Karima, and Yakubu Huzaima will reportedly be holding at Walele in the Northern part of Ghana.
The wedding invite surfaced on social media and it has generated different reactions.
Someone wrote: “You think social media and gadgets be all. See how a man is going to live a stress free life. Having agreed threesome in some nights. You be there and be showing jon things by blaming the economy and religion. This one will make heaven”
See more reactions below: 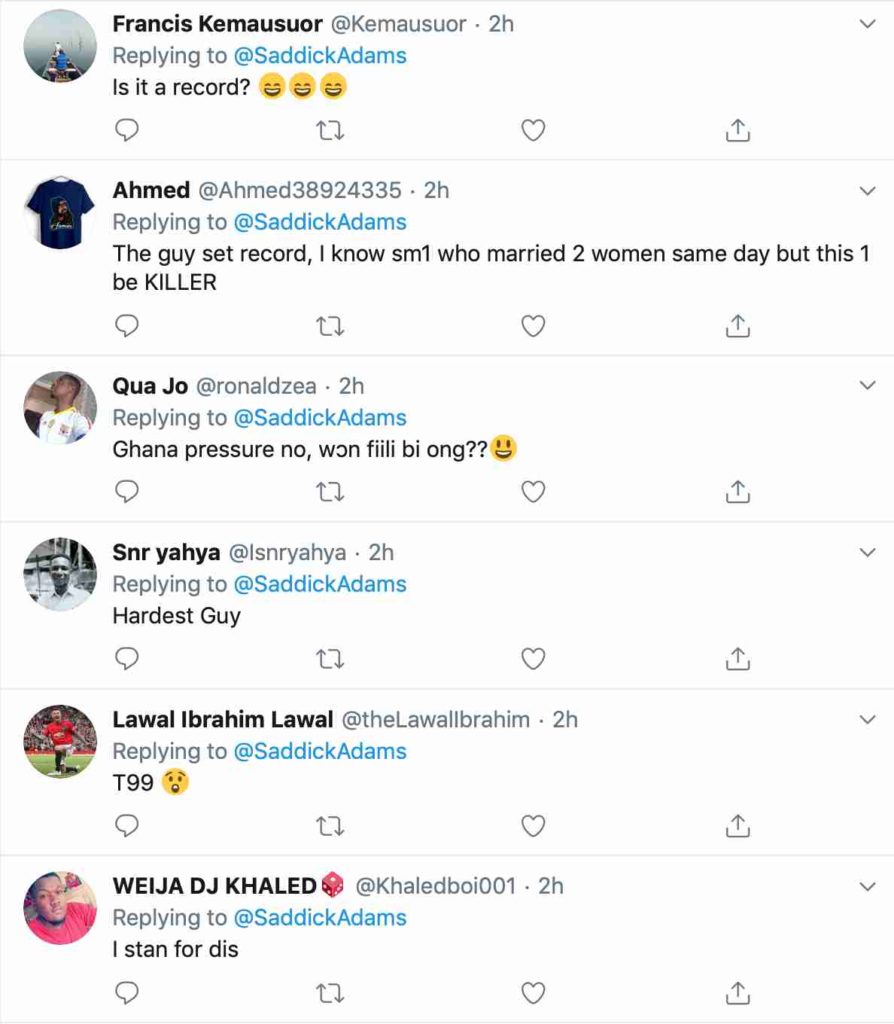 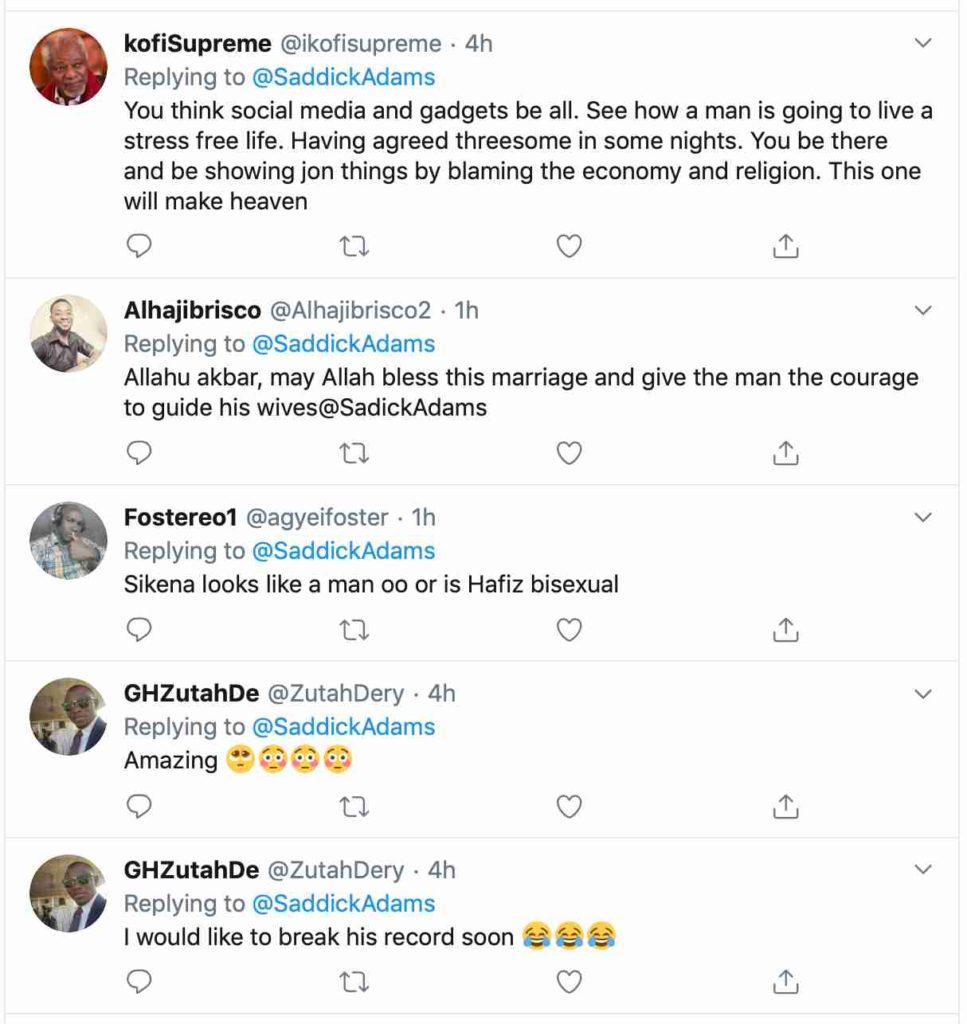 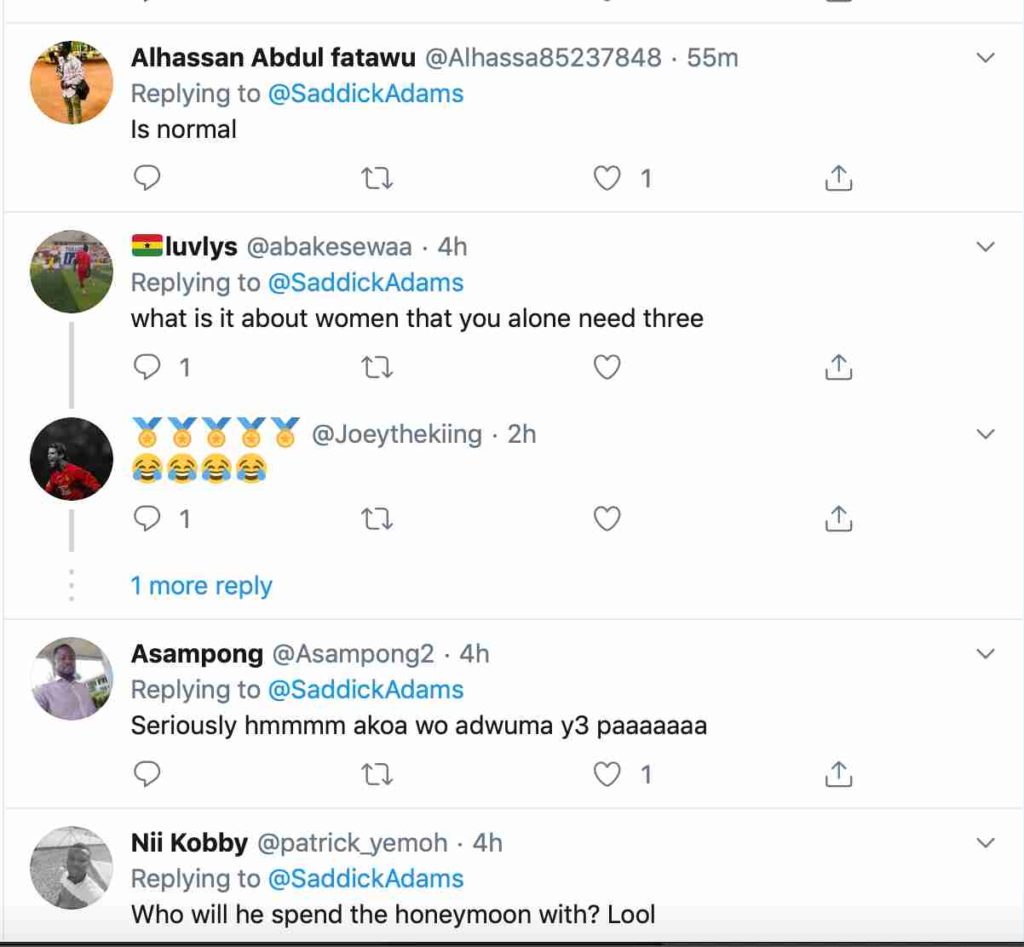