Eze said that Jonathan's absence at the party's campaign roundoff was the message needed to tell the world that the 20-year rule of the PDP in Bayelsa is at its end. 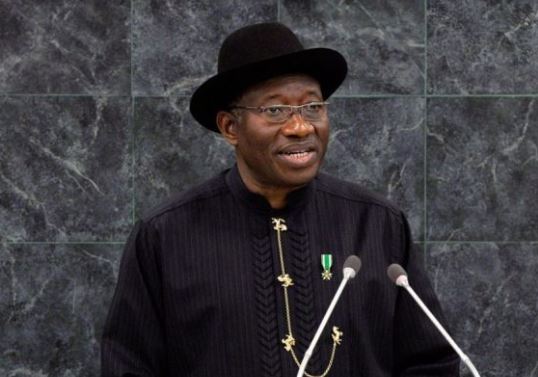 Eze, who gave the commendation in a statement made available to DAILY POST on Wednesday, said the former President’s action was a statement signifying the feeling of the people of Bayelsa State.

He said that Jonathan’s absence at the party’s campaign roundoff was the message needed to tell the world that the 20-year rule of the PDP in Bayelsa is at its end.

Eze, a chieftain of the All Progressives Congress, APC, said, “We gathered that the Governorship Candidate of the Peoples Democratic Party, Senator. Douye Diri, who was to be presented to the former President for endorsement and Official Presentation of Party Flag, was physically enraged with fury, displaying some signs of discomfort and disappointment at the absence of Dr. Jonathan who has been their pillar and source of hope over the years.”

He further said the development had further dealt a big blow on the PDP family, scuttling its chances of projecting a healthy competition with the APC and her governorship candidate, who reportedly enjoys general acceptability among Bayelsa electorate.

He added, “The political atmosphere in Bayelsa is tensed and has been described by watchers as portending great danger for the PDP with mass defection of members and bigwigs to the APC since the ban on political activities was lifted.

“It recalled that former two term Deputy Governor and ex-Speaker of the Bayelsa State House of Assembly, Peremobowei Ebebi led thousands of PDP members and party bigwigs, including some appointees of the Seriake Dickson-led Bayelsa State government to pitch their tent with the APC ahead of the November election.

Continuing, Eze said “Mrs. Eunice Jonathan, mother of former President Jonathan, and her community had given their blessings to the APC governorship candidate, Chief David Lyon. Market women, farmers, and even ex-agitators have all consented to Lyon’s candidacy. With these, Eze said one need not a soothsayer to predict a landslide victory for the All Progressives Congress and Lyon.

“Chief David Lyon, the governorship candidate of the All Progressives Congress (APC) for the November 16 election in Bayelsa State is on a mission to rescue the dwindling economy, fix the decayed infrastructure, create jobs and put food on the tables of Bayelsans.”

Eze further hailed the National Chairman of the APC, Comrade Adams Oshiomhole, for embarrassing a former Senator representing Rivers South East, Magnus Abe during the party’s mega rally in Yenagoa, saying “knowing the damage Abe did against the party in Rivers State, it is sad that what Abe didn’t want in Rivers State he wants in Bayelsa.

“While Abe was going about in the rally looking for cheap publicity and recognition, Pastor Tonye Cole, who would have been the APC flag-bearer during the 2019 general elections, was fully recognized and acknowledged by the National Chairman and the huge crowd that attended the rally.”

He, however, counselled Abe to stop cheapening himself by attending the party’s activities until he does the needful.