Agba Jalingo's life is now in the hands of the court, according to the Judge presiding over the case. 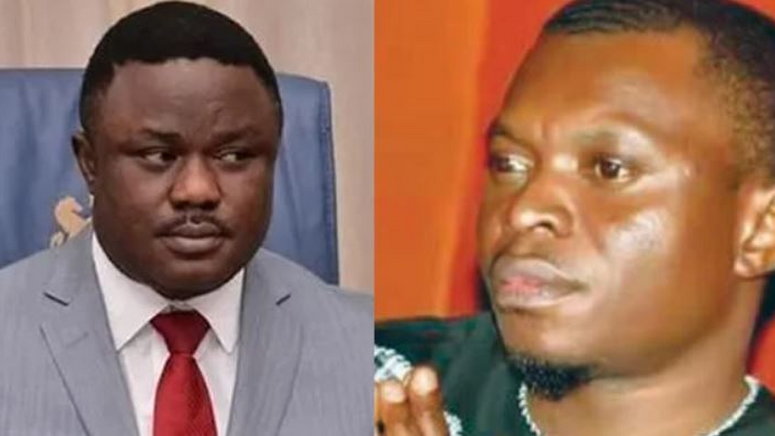 Judge of the federal high court in Cross River state's capital Calabar, Simon Amobeda has revealed that he told Agba Jalingo, the journalist arrested on charges of disturbance of public peace and treason over his publication and social media posts about Governor Ben Ayade that his life is now in the hands of the court.

Recounting what transpired in court on Tuesday November 12 as Jalingo appeared for trial on Wednesday November 13, Amobeda said he made the statement after the defence counsel Adeyinka Olumide-Fusika walked out during a court session.

The Federal High Court Judge also alleged that the senior advocate of Nigeria (SAN) had a habit of shouting in the court. Amobeda who further disclosed that he was accused of conniving with the prosecution by Olumide-Fusika, added that the case will go on with or without him.

“In the three times he appeared before the court, the first time he was to bring down the court, the second time he was gentle, the third time yesterday he was shouting on top of his voice. I refuse to be intimidated,” Amobeda said.

Also backing his statement by with the case of Saro-Wiwa, Amobeda said “Late Gani Fawehinmi walked out on the tribunal in Ogoni matter. What happened? The matter went on and Ken Saro-Wiwa was convicted and sentenced to death.”

Olumide-Fusika clashed with the Federal High Court Judge after he granted leave to the prosecution to mask its witnesses; journalists, friends, family and supporters of Jalingo were sent out of the court room as a result of this. Amobeda however insisted that the aggrieved defence counsel should approach the Court of Appeal over the ruling.