A student has taken the life of his classmate before committing suicide because he was sent out of class by the teacher. 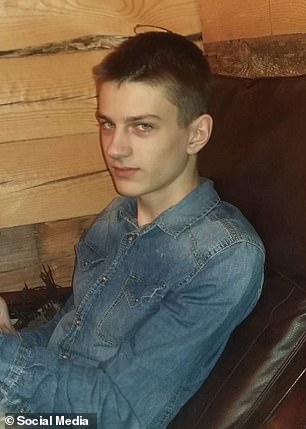 Daniil Zasorin killed himself after attacking his classmates
A 19-year-old student has taken his own life after killing another student at a Russian college today.
According to Dailymail, Daniil Zasorin opened fire during a lecture in Blagoveshchensk after the teacher had ordered him out of class for misbehaving.
Zasorin wounded four of his classmates and one of them, 19-year-old Alexey Golubnichy later died in hospital.
A traffic policeman ran into the college after hearing shots and fired at the gunman, who was wounded and then shot himself.
Witnesses described how a teacher had twice ordered Zasorin out of class for misbehaving during a lecture.
He left the classroom but returned with a weapon, described in Russian media as an Izh-81 pump-action shotgun.
Golubnichy died of his injuries and Egor Stasyuk, 17, Kasiyan Kamanets, 19, and Vladislav Rozhkov, 20, were all wounded and having surgery in hospital.
Others fled the scene 'in panic' as police made their way to the second floor of the construction college.
Armed police in Russia's far east also pointed guns at the window of the college from a nearby street.
The gunman's bag was later discovered in the toilet with further bullets hidden inside and witnesses said the scene was covered with bullet shells.
A Russian interior ministry source said: 'The perpetrator committed suicide, using his own gun.
'It was registered in this citizen's name.'
The small college in the town centre was surrounded with police cars and some of the streets were closed off today.
Russia has relatively few school shootings due to normally tight security in education facilities.
It is also difficult to buy firearms legally, but it is possible to register hunting rifles.
Last October a teenage gunman killed 20 people and injured more than 40 at his college in Moscow-annexed Crimea.
He was  apparently inspired by the 1999 Columbine high school shooting in the United States. 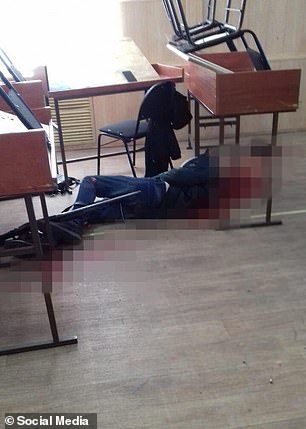 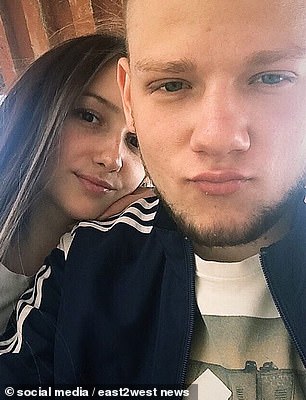