It was reported that the Super Eagles had to fight from a goal down, as the Squirrels opened scoring. 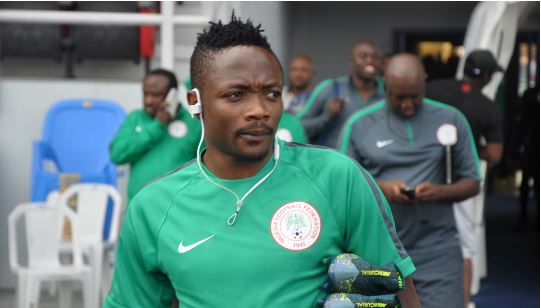 Super Eagles captain, Ahmed Musa has maintained he has no problems with coach Gernot Rohr’s selection following the teams’ 2-1 victory over Benin Republic in a 2021 Africa Cup of Nations, AFCON, qualifier clash on Wednesday.

It was reported that the Super Eagles had to fight from a goal down, as the Squirrels opened scoring at the Godswill Akpabio International Stadium in Uyo.

Stephane Sessegnon latched on a defensive error to make it 1-0. Victor Osimhen made it 1-1 from the penalty spot, shortly before half time.

Samuel Kalu grabbed the winner, with a fine solo goal.

Musa, who came on in the last five minutes of the encounter against Benin, said he was just happy to be back in the team after recovering from an injury.

“As I said at the pre-match conference, I am just happy to be back in the team,” Musa told reporters in his post-match press conference in Uyo.

“It is normal for the manager to select the players that played against Brazil.”

“Let me add to what he said, this man is a good captain-pointing at Musa.

“He told me before the game to start the same team that started against Brazil.”

Nigeria will now take on Lesotho on Sunday in their next match.