Montreal Impact have confirmed they have appointed Thierry Henry as their new manager. 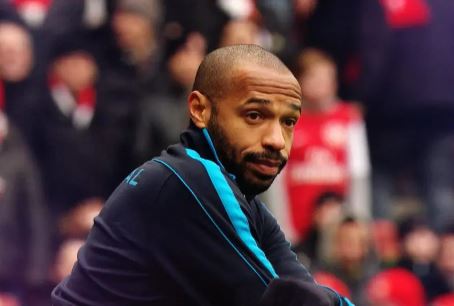 Thierry Henry is back in management and has been confirmed the new manager of Montreal Impact.
The legendary striker has penned a two-year contract with an option for a further year. Henry began his coaching career art the Arsenal academy following his retirement from football in 2014.
In August 2016 he then moved onto his first job in senior football, where he was the assistant manager of the Belgium national team under Roberto Martinez.
They reached the World Cup semi-finals, before losing to his home nation France.
It was then that Henry decided to take his first job as the head coach of Monaco. Henry had special times at the club during his early playing days but the same was not to be said about his stint at the Stade Louis II.
He was sacked following a dismal run of form which left Monaco fighting for their lives in Ligue 1, reappointing Leonardo Jardim in the process. But now Henry is relishing the chance of a second crack at the whip in the MLS, a league he knows well from his time with New York Red Bulls.
Henry said: “It’s an honour to coach the Montreal Impact and return to MLS.

“It’s a league I know well, in which I had some very nice moments.

“To be in Quebec, in Montreal, which has an enormous multicultural heritage, it’s extraordinary.

“I’ve always kept an eye on the club and now I’m here.”
Montreal Impact president and CEO Kevin Gilmore has also revealed his pleasure at being able to lure a legend as big as Henry to the club.
“We are extremely happy to announce the nomination of this legend of the game,” he said in a statement on the club’s website.
“Henry will bring a new energy to our club. He shares our vision to elevate this club and will help us achieve our goals on and off the field. He is a competitor and a leader who has proven himself at the highest level throughout his career.
He now brings these qualities with him to Montreal, a place he wants to be.”
Top Stories