A court has heard how a serial r*pist tied a mother with an electrical cord and made her listen to the screams of her children while r*ping them. 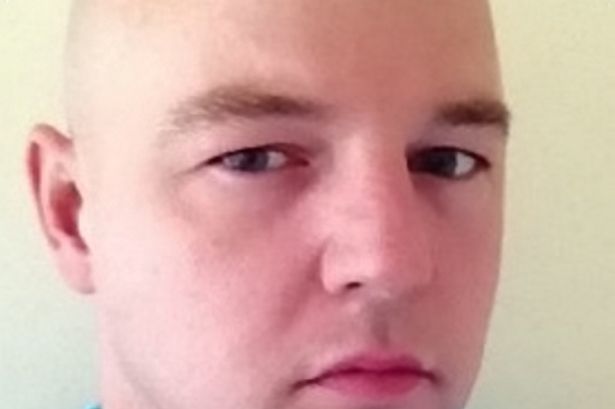 According to TheSun UK, a serial r*pist bound a mother with electrical flex and forced her to listen to the muffled screams of her children as he r*ped them both, the Old Bailey heard.

Joseph McCann woke the 17-year-old daughter and 11-year-old boy and he r*ped them both in the next room as the other watched, jurors heard today.

Hours later he held a 71-year-old and a 13-year-old girl prisoner in the pensioner's car while he sexually assaulted them, it is alleged.

McCann, 34, met the mum in a bar in Greater Manchester in the early hours of Sunday 5 May. He allegedly took advantage of her 'drunken state' to take her home in a taxi.

When they arrived at her house, he allegedly tied [her] to her bed using electrical wiring.

McCann woke the two children and raped them both in the next room, jurors heard.

Jurors heard McCann might argue the sexual acts were consensual, or deny they ever took place.

John Price, QC, prosecuting, said: "Given that the mother still had the electrical flex restraints wrapped around her wrist which she says he had applied to her, when she was first seen by her neighbour having escaped from her house it may further suggest that McCann had a lawful excuse for applying that electrical restraint to her, it may further be said that Mr McCann was frightened of her."

The court heard the woman was 'very drunk' and McCann 'exploited her vulnerability' by going with her to her house in the taxi.

"There were various comings and goings during the night at the house, of friends and family, until there came a time when apart from the woman and her two children, he was the only person there," Mr Price said.

"It was then that he struck."

McCann demanded a tub of butter be brought upstairs to facilitate what he allegedly 'intended to do in that bedroom'.

While the 11-year-old boy cut his mother free from the wires binding her to the bed, the daughter leapt naked from the first floor fracturing her right heel as she ran before calling the police.

Her flight was captured on local CCTV and played to the jury today in a pixelated form.

She told them crying hysterically and gasping in pain: "I need the police. I just jumped out the window. He has got a knife. He cut me. I really hurt my foot.

"Please come before he hurts my brother and my mother."

Meanwhile McCann allegedly left by the front door and escaped on a child's bicycle towards a bus stop.

There he spoke to a commuter, saying: "What time is the bus? I don't like catching the bus having been up all night."

From that area he moved on to another in Greater Manchester five miles away where a 71-year-old was loading her shopping into the boot of her Fiat Punto at lunchtime the following day.

"He opened the door and got into the front passenger seat. She told him to get out," Mr Price said.

"In response he punched her hard in the face and ordered her to drive.

"She was to be detained in her own car during the following five hours or so. Amidst other gross sexual indignity and violence inflicted upon her, she was orally raped by this man."

It was not until 6pm that evening that she was able to alert passers by and escape at Knutsford service station on the M6 motorway 30 miles from the place she had allegedly been taken.

When she escaped, so did the 13 year old girl who was allegedly kidnapped when the pensioner was in the car.

"Just before 3.30pm the Fiat Punto stopped near to where she and two friends were walking along the pavement," Mr Price said.

"He got out of the car. The pensioner was still in it; still a prisoner."

McCann had allegedly ordered her two male friends into the car as well and they were all told the pensioner was his grandmother.

The two boys were then made to get out and McCann drove off, telling the girl she was his hostage, it is alleged.

The pensioner was made to take the wheel as McCann sexually assaulted the 13-year-old, the court heard.

"The defendant started telling her he loved her and that she was his girlfriend. He sexually assaulted her," Mr Price said.

McCann denies 37 charges including the rape of a child under 13, kidnap, and sexual assault concerning 11 alleged victims.