However, Fagbohun was said to have refuted speculation that LASU had increased tuition fees for its undergraduate programmes. 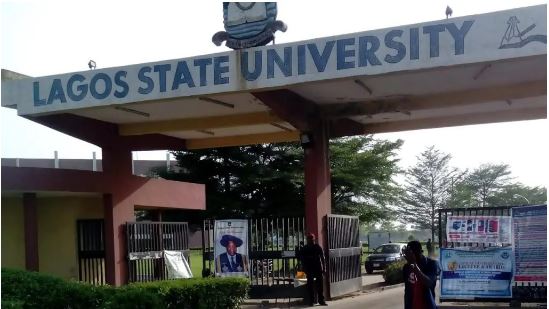 Students of the Lagos State University will start paying a sum of N150,000 tuition fee for a second stream undergraduate programme.

The Vice-Chancellor, Prof. Olanrewaju Fagbohun, said the second stream degree programme was introduced to help deepen the entrepreneurship skills of students of the institution.

“But for Stream 2 entrepreneurship programme, the tuition fee is N150,000, aside from acceptance and medical fees,”

However, Fagbohun was said to have refuted speculation that LASU had increased tuition fees for its undergraduate programmes.

It is not clear whether or not the second stream degree programme would be optional or mandatory for students of the university.

According to NAN, Fagbohun said the entrepreneurship programme, which would run along with normal undergraduate degrees, would prepare students to be self-employed and employers of labour.

The Vice-Chancellor added that “Research indicates that small-medium enterprises employ more than 80 per cent of the workforce in Nigeria.

“That is why we have a very close working relationship with SMEs, so they can impact on the university and impart right entrepreneurship skills to the students.

“Before starting, the Stream 2 entrepreneurship programme will go through all the approval processes of the university.

“Critical thing for LASU is quality assurance which means the two-stream programmes will be standard and run successfully together without any programme failing.

“We have a directorate of quality assurance that monitors every programme of the university in order to achieve best practices,” the vice-chancellor said.

He said that entrepreneurship courses would be taught only during the first year of the regular Stream 1 programme, while it would be taught throughout the duration of the Stream 2 programme.

“After the investigation, we realised that most graduates are not getting jobs because the available job vacancies can not accommodate them.

“It means they have to be skillful and adjust their mindset to become entrepreneurs who can also employ others and contribute to national development.

“Apart from giving them knowledge on normal degree programme, LASU introduced Stream 2 programme so they can also acquire some skills, knowledge through entrepreneurship programmes,” he said.

Anetekhan said that there were 79 different areas of entrepreneurship for the Stream 2 programme and teaching had been arranged such that it would not clash with the normal degree programmes.

“We should all know that entrepreneurship programme is the delivery of handsome skills and LASU partnered with many small scale industries to teach the students,” he said.