Francis Uzoho has had a successful operation on his knee following a nasty injury he suffered during international duty. 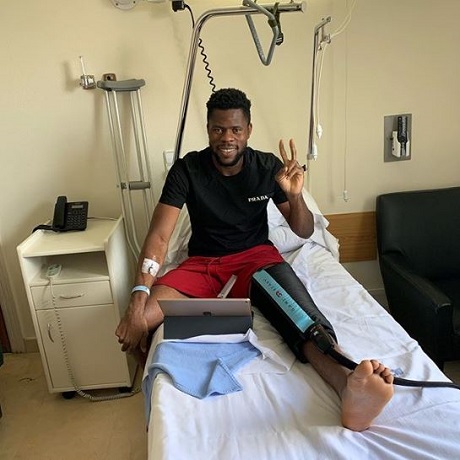 Super Eagles goalkeeper, Francis Uzoho, has expressed happiness following a successful surgery to the injury he sustained after twisting his left knee during the international friendly between Nigeria and Brazil last month.

After his parent club, Real Deportivo, had posted on their website that the Nigeria international had undergone a successful surgery carried out by the club’s traumatologist, Rafael Arriaza, the goalkeeper took to social media to show appreciation to fans as he hopes for speedy recovery.

“And it was a success, I’m grateful to every prayer and good wishes said,” Uzoho wrote on his Instagram page.

“Even the hidden prayers said on my behalf… I’m deeply grateful.

The 21-year-old is expected to be out for the rest of the season.

The injury halts the Omonia Nicosia goalie’s quest to reclaim the number one shirt from Daniel Akpeyi who was first choice at the 2019 Africa Cup of Nations in Egypt.

With Uzoho out injured, national team manager Gernot Rohr handed a recall to Akpeyi for Nigeria’s 2021 Africa Cup of Nations qualifiers against Benin and Lesotho.