Governor Yahaya Bello of Kogi State has expressed satisfaction with the Independent National Electoral Commission over the conduct of the governorship election in the state. 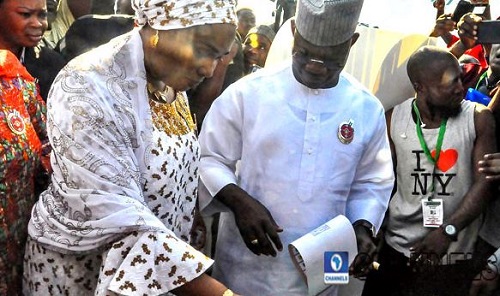 Yahaya Bello and wife cast their ballots in Okene

Mr Bello is the Governorship candidate for the All Progressives Congress (APC) in the election and is seeking re-election into the office he occupied since 2015.

Speaking shortly after he cast his ballot at 8:44 am, Mr Bello stated his satisfaction with the Independent National Electoral Commission (INEC) over the conduct of the election in the state.