Lesotho Vs Nigeria: 3 Things We Learnt As Super Eagles Win In Maseru 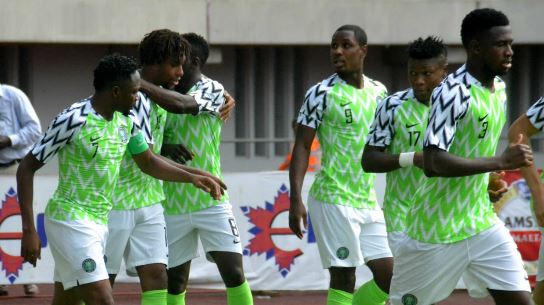 Nigeria are on course to qualify for the 2021 Africa Cup of Nations, following a 4-2 win over Lesotho on Sunday.

What are the 3 things we learnt from this victory in Maseru?

1. Group L should be an easy ride: The early signs say Nigeria should actually win all the home and away games. However, before we get excited, there are four fixtures left, with the double header against Sierra Leone. But you can put your money on Nigeria being at AFCON 2021.

2. Osimhen, man on fire: Victor Osimhen brought his form in Europe to Maseru. The Lille striker put in a virtuoso performance today, contributing to the first two goals, before netting a brace himself. Easily the man of the match, Gernot Rohr would be delighted that he has not waited for an age, to get Odion Ighalo’s replacement.

3. Much better performance: Overall, it was a much improved performance from the Eagles. Against Benin, they were good in parts. But Rohr’s men were a different prospect entirely, after conceding the early goal, as they steamrolled their hosts into submission.