An unfortunate accident has happened in FESTAC area of Lagos State involving an SUV which ran into an electric pole. 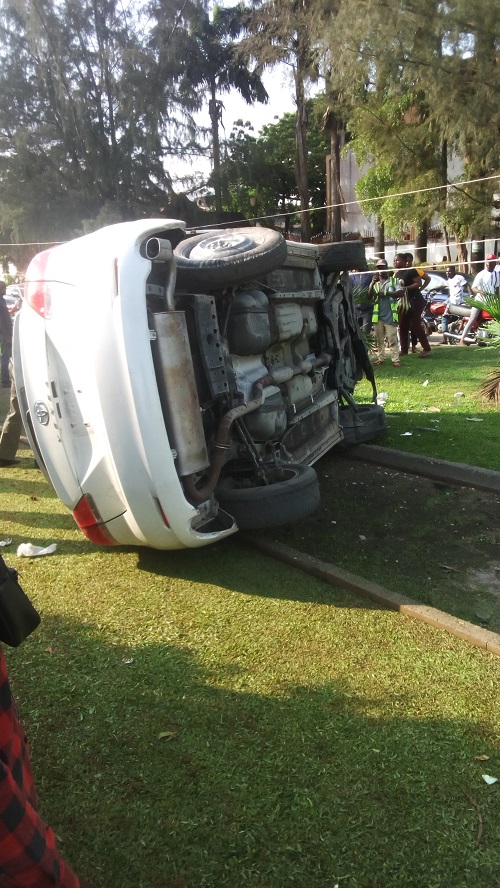 A man has escaped untimely death after his car lost control and somersaulted.

The driver who was driving a white Toyota Venza SUV, was said to have been driving at top speed as he ran into an electric pole, destroying it, before somersaulting.

The incident which happened at the gate of G1 close, 21 Road in FESTAC Town has baffled many residents, motorists and bystanders who had never imagined such accident happening in a quiet residential area as theirs.

Luckily, neither the driver nor any bystander was hurt in the unfortunate incident. 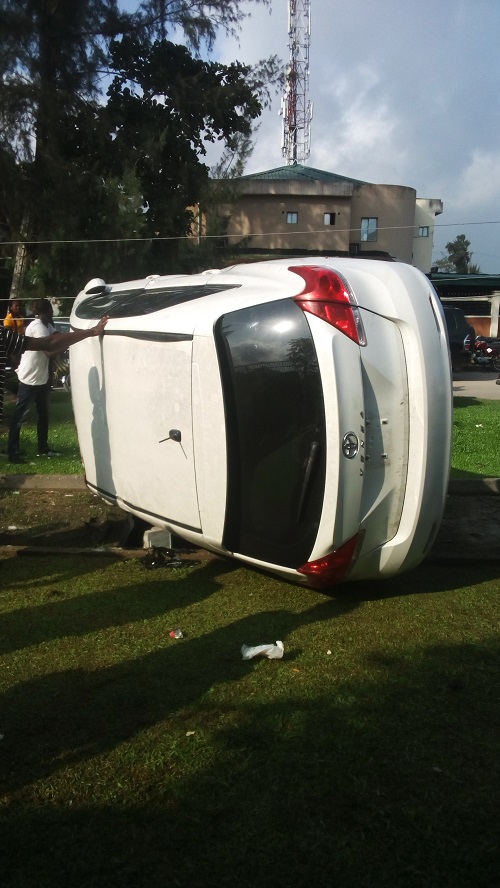 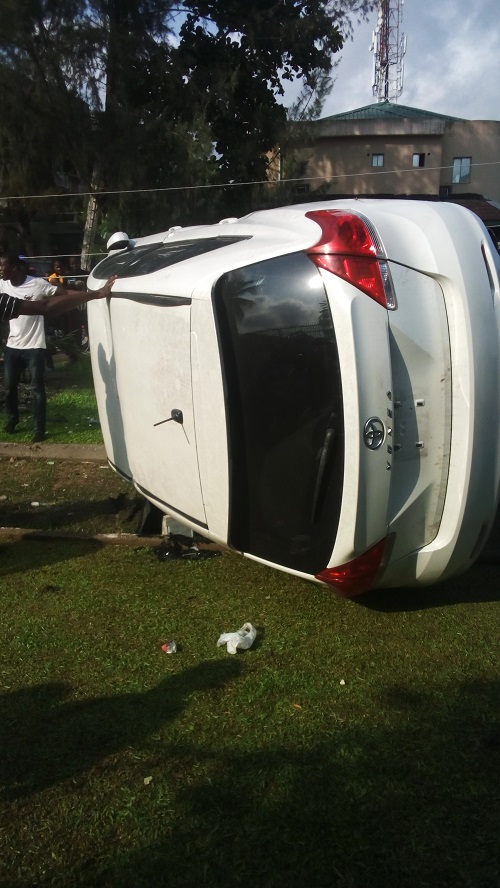