How A Producer Told Me To Sleep With Him For 7 Days To Get A Movie Role - Actress, Chesan Nze Reveals


A Nigerian actress, Chesan Nze has talked about how a producer asked her for s*x just to get a movie role. 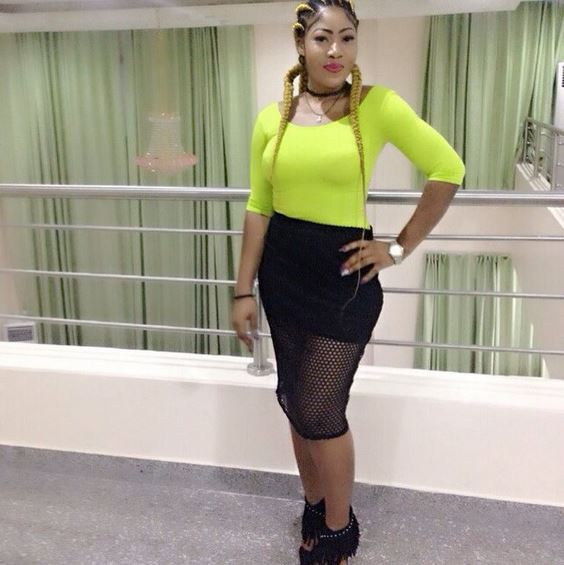 Actress, singer and skincare therapist, Chineye Esther Anakulu Nze aka Chesan Nze, doesn’t hide her feelings. She says it as it is.

In this interview, she takes us through her journey into entertainment, encounter with randy producers, sex, marriage and how she copes on lonely, cold nights.

What led to your recent Instagram outburst on producers who demand sex for movie roles?

Recently, I relocated to Lagos and decided to pursue my acting career over here. Since then, numerous producers have invited me to feature in their movies. But after several approvals they would invite you for meeting and after the meeting you would be asked to meet them in their hotel rooms. When you decline their offer, you would be replaced instantly with another actor ready to pay the price.

This has happened to me repeatedly in the industry. The one that led to the outburst was a certain producer who contacted me for a job. We discussed the pay and he accepted, only for him to call me that I had to sleep with him for seven days before I could get the role. I got the shock of my life and I told him there was no way I could sleep with him or anybody for a movie role. He then ended the call. I felt insulted and disrespected as a woman. I cried before I shared my pain on social media.

People are always scared to speak up; did you get threatened after your post?

I was threatened to talk less about it. Some people also told me that my career was at stake because I said the truth. While some good colleagues called to encourage me not to give up and also recommended decent producers to me. Before I started acting, I have made up my mind to stand up against immorality in the industry. I want a transparent image. I also want to be someone that people can look up to.

How long have you been in the industry?

I have been in the industry for a while. My movie credits include Moon Maids, Professor Johnbull, Dangerous Wind, Sinful Cross, Ritual Combat, Internal War, Flatmates, A Kiss with a Stranger, The Light Will Come, Overheat, Couple, Mr & Mrs Push, Village Thief and many more.

How has the journey been?

It has been challenging, competitive and hectic. But I thank God I don’t look like what I have been through.

Looking back, do you have any regrets?

No regrets because without these challenges, I won’t be who I am today. I always believe that challenges will make you stronger, better and successful.

Aside acting, what else do you do?

I am a business consultant, singer and CEO of Ches skin-therapy, a skincare brand.

Who are those you admire and would love to work with?

I admire Omoni Oboli and Genevieve Nnaji. I would love to work with these great women. They inspire me everyday.

I am looking for a serious minded person because guys of these days play too much. Some aren’t willing to get married at all. I don’t want to end up with a ‘key holder’ that will deceive me and waste my time. I await a man who knows what he wants and sees a future with me.

So, what’s your spec?

I want a man with average height, physically fit, respectful, supportive, God-fearing, entrepreneur spirited and caring. He should also be able to take care of his home.

Can you marry an actor or someone in the entertainment industry?

No, I can’t marry an actor or a full time entertainer. I am attracted to entrepreneurs only.

None but I love Burna Boy’s music, I wouldn’t say I love him.

Some people say actresses can’t keep a home because they sleep around, can you defend that?

Yes, the truth is that being in the limelight attracts a lot of men. So many people watch you on TV, read about you and also might have interest in you and are willing to pay the price to have you. Most of them confuse lust for desires. It takes a very intelligent and smart woman to use her fame to yield great income, married or not married. I believe you don’t need 100 men to give you lifetime goals. One person God has chosen to make you can raise you and support your dreams. If Kylie Jenner can use her fame to become the youngest billionaire, a lot of women can do that if they know their worth and get the right support.

What does love mean to you?

To me, love means affection towards something or somebody that makes or drives one to sacrifice anything just to have that thing or be with that person.

Yes, I have been heartbroken because I am beautiful and most men would never believe your true intention for them, because they feel you are out to use or play them. Not everyone is a player; I do not pretend to love anyone. I am so real with my intentions.

How did you deal with it?

I refocused my attention. I began to hang out with friends and family, cook more, shop more, start gym sessions, drink more wine and dance every time. Those were the healing the pills.

As a single lady, how do you cope on lonely, cold nights?

I love my solitude. I cuddle at least 10 pillows every night.

What of sex toys?

How long can you stay without sex?

I can stay three to four years without sex.

What are your plans for the future?

My future plans are to start film productions, expand chesskintherapy cosmetic line, ches hairline, groom my kids foundation, get married to someone who loves me enough to support my career and growth