Commotion As Gunmen Riding On Horses Storm A Village In Adamawa, Murder 6 People


As many as six persons have been killed in cold blood after gunmen riding on horses stormed a village in Adamawa state. 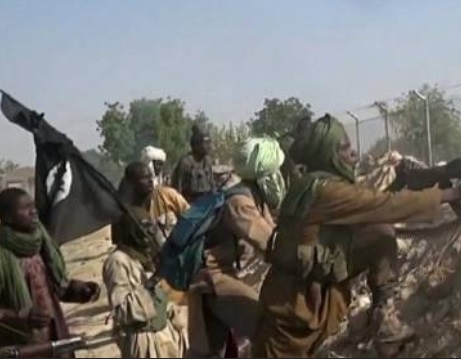 It has been reported that some gunmen who were riding camels and horses killed six people in a village in Adamawa, a region beset by Islamist attacks.

The police made this revelation on Sunday, according to the Agence France Presse, AFP.

They “clashed with some hunters, which led to the killing of six (people)”, Nguroje said.

Villages in southern Adamawa have also been repeatedly attacked by Boko Haram jihadists, leading to the rise of hunters and other self-defence groups to fight them.

In 2014, hunters helped force out Boko Haram militants occupying parts of Adamawa, yet sporadic attacks by the group persist.

In a separate incident in neighbouring Borno state, three Nigerian soldiers were killed on Sunday when their armoured vehicle was hit by a projectile fired by Boko Haram jihadists, army sources told AFP.

Fighters attacked the convoy at a military post outside the town of Gwoza, near the border with Cameroon, the sources said.

“We lost three soldiers in the attack,” said an army officer speaking on condition of anonymity, adding soldiers were injured and an army vehicle destroyed.

The decade-long jihadist conflict has spilt into neighbouring Niger, Chad and Cameroon. It has claimed 35,000 lives and displaced around two million in Nigeria alone.