Attempts by Danladi to overturn the order of the Federal High Court that disqualified him were unsuccessful at Court of Appeal and Supreme Court respectively. 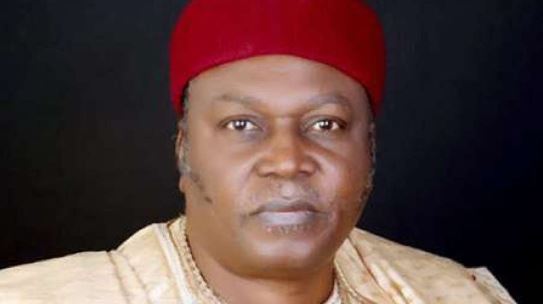 The Court of Appeal sitting in Abuja on Monday upheld the return of Darius Ishaku as Governor of Taraba State.

The court which upheld his re-election in a unanimous judgment also dismissed the appeal by the All Progressives Congress (APC) for being incompetent and lacking in merit.

It would be recalled that APC had approached the appellate court to set aside the judgment of the Taraba State Governorship Election Petition Tribunal, which upheld the declaration of Ishaku as winner of the March 9, governorship election.

The Independent National Electoral Commission (INEC) had declared Ishaku, candidate of the Peoples Democratic Party (PDP) winner of the March 9, 2019 governorship election in the state having won majority of the lawful votes cast at the election.

The three-man panel of the tribunal led by Justice M.O. Adewara had in a unanimous judgment delivered on September 20, 2019, dismissed the petition by the APC on grounds that it had no lawful candidate in the governorship election that handed out a second term ticket to Ishaku.

The Federal High Court sitting in Jalingo, Taraba State, had before the governorship election, nullified the candidacy of Abubakar Danladi and equally restrained his party, the APC from fielding him as a governorship candidate.

Attempts by Danladi to overturn the order of the Federal High Court that disqualified him were unsuccessful at Court of Appeal and Supreme Court respectively.

The tribunal further held that Danladi was not qualified to contest the March 9 governorship election, having been disqualified by the apex court in the country.

However, dissatisfied with the judgment of the tribunal, the All Progressives Congress, without it’s candidate, Danladi, approached the Court of Appeal marked CA/A/EPT/934/2019, on October 3, 2019, in petition No: EPT/TR/GOV/01/2019, for an order setting aside the decision of the tribunal.

The APC had among other things claimed that Ishaku did not win majority of votes cast at the election on account of alleged irregularities that marred the governorship poll.

The party, therefore, prayed the appellate court to set aside the judgment of the tribunal and ordered the INEC to conduct a fresh election.

Delivering judgment in the appeal, the five-man panel of the court in a unanimous decision upheld the judgment of the Taraba State Governorship Election Petition Tribunal, which also dismissed the APC’s petition for being unmeritorious.

The panel presided by Justice Chidi Uwa, in the judgment agreed with the lower tribunal that the appellant had no lawful candidate in the March 9, 2019 governorship election in Taraba State, by virtue of the disqualification of its candidate, Abubakar Danladi by the Jalingo division of the Federal High Court on March 6, 2019.

The court, in addition, said that the appellant was also unable to prove allegations of irregularities raised in its petition and accordingly dismissed the appeal for lacking in merit.