Sylva, in a chat with newsmen, attributed Lyon's victory to what he described as 'poor performance by the Bayelsa State government'. 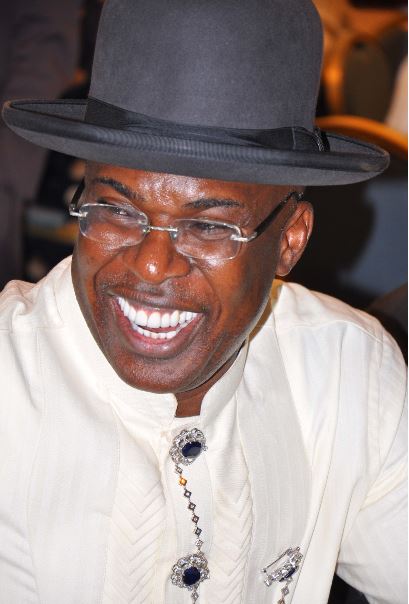 The Minister of State for Petroleum Resources, Timipre Sylva has thanked Gov. Serike Dickson of Bayelsa for making it easier for the All Progressives Congress (APC) and its governorship candidate, David Lyon, to win the Nov. 16 election.

He disclosed this after presenting Lyon, who defeated, Duoye Diri of the Peoples Democratic Party (PDP), to President Muhammadu Buhari at the Presidential Villa, Abuja on Monday.

Sylva, in a chat with newsmen, attributed Lyon’s victory to what he described as “poor performance by the Bayelsa State government”.

“It’s been a very hectic week but I will like to bring in this Eritrean proverb, that if you marry a wife very well, you will be blessed with another wife.

“Gov. Dickson, unfortunately made our job very easy because he married the wife very badly. Of course this proverb pre-supposes that if you marry a wife badly, you will not get another wife.

“So he did not marry the state very well, so the state roundly rejected him”, NAN quoted him as saying.

“Like it’s been said earlier, we had a good candidate and when you have a good product it’s very easy to sell it. So, we went round and sold this good to Bayelsans and the result was an overwhelming success.

“We are happy with this victory because for us it is very significant. This gives our party a footprint in the Niger Delta, which is very key to us. It gives us more of a national outlook, we have always been a national party but this gives us even a bigger national outlook.”