Tiwa Savage Is My Wife, Not My Baby Mama - Teebillz


It was also learnt that Teebillz's publicity stunt put a crack in their home which was never resolved. 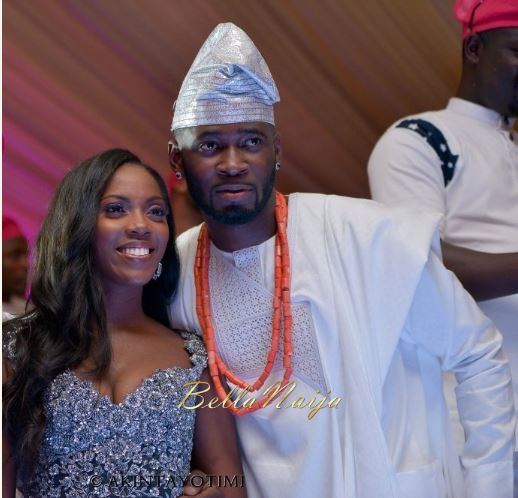 Mediapreneur Tunji Balogun popularly known as Teebillz, who is the estranged husband of afrobeat queen, Tiwa Savage has revealed that they are still legally married.

Teebillz made the revelation in a comment section after a blog shared a photo where Wizkid grabbed Tiwa’s ass on stage in Dubai.

Reacting, a follower identified as @Nosatopnotch called out Teebillz saying “someone is molesting your babymama”

In his reaction, the music manager said, “wife is different from babymama, if you have brain”

The Cable reported that Teebillz filed for divorce after efforts to resolve the problems in their marriage failed. They learnt that Teebillz who had pulled a suicidal stunt in 2016, blaming the singer’s complete focus on her career, relocated to the United States for a fresh start.

He was said to have moved after working with life coach Lanre Olusola, a close source said. The source explained that this was due to Tiwa’s insistence on focusing squarely on her music, leaving the demands of her home begging.

It was also learnt that Teebillz’s publicity stunt put a crack in their home which was never resolved. The source was quoted to have said that, “Tiwa’s career was more important to her than TeeBillz’s wellbeing".

“He wants to move on and start life afresh,” the source added.